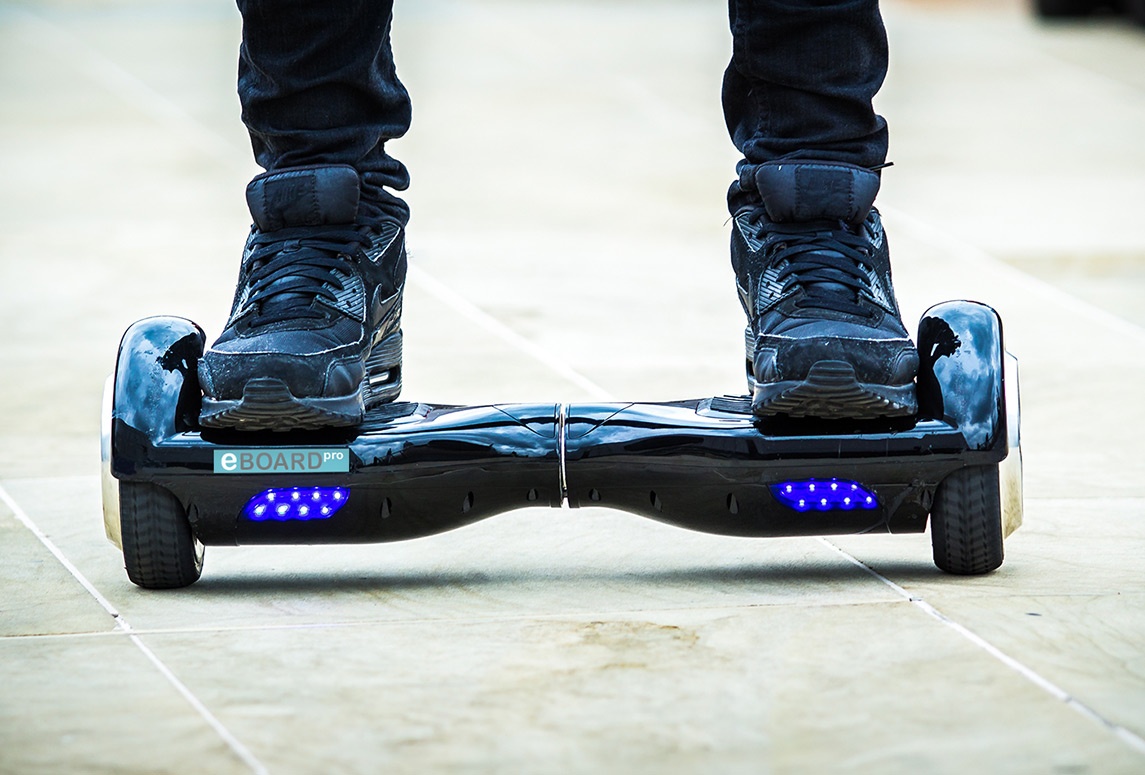 Me, myself and a Hoverboard

From all the hype about hoverboards, I had the impression that people thought it was the greatest thing since sliced bread or the iphone. Unlike Marty McFly’s hoverboard in Back To The Future II, these models keep you glued to the ground—but that doesn’t stop you from flying. While I didn’t know much about the device at first, I had a hell of a time wizzing through the city like Iron Man. Sounds lame? Think again, José. This is a dangerously fun toy on which to cruise through town.

Opening the box for the first time felt a lot like Christmas. The packaging was neat, and the smell of the wheels and the glistening plastic gave me the jitters. The way the topaz blue shimmered in the lights reminded me of the tranquil waters of Ibiza. I was pretty pumped to jump on and give it a go! If Justin Bieber, Jamie Foxx and Wiz Khalifa had already clearly cosigned how cool this device was, why shouldn’t  I have given it a whirl? 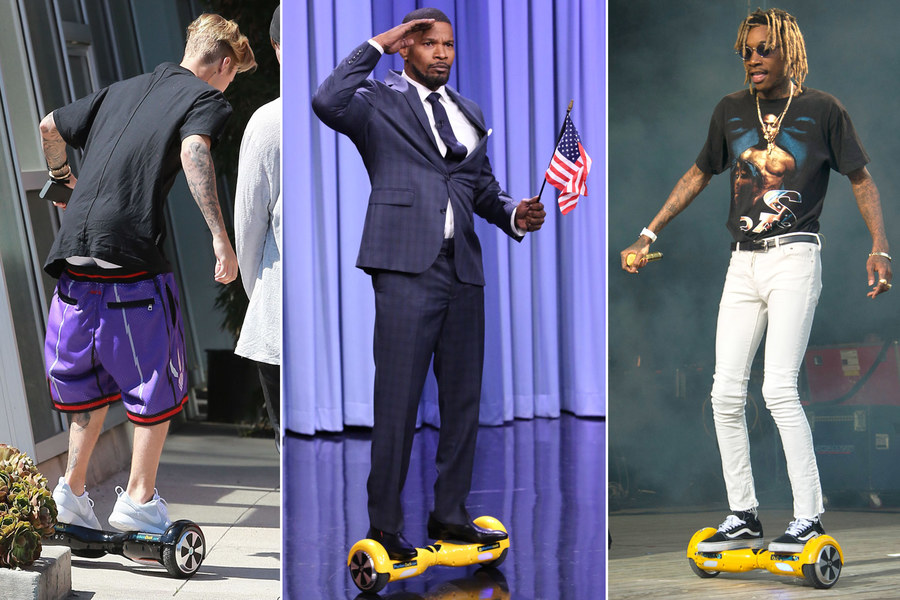 Balance. Finding it was the first trick. When I first stepped on the hoverboard, I bumbled around like a newbord deer at least 6 times. In a few minutes, however, I was off to the races. As I zoomed past my buddies at the bar, let’s just say I got a lot of stares. Turning, accelerating, and decelerating were all easy actions to learn and quite fun. Lean a bit to the right or left, and you turn (or spin if you’re up for it). Lift up your toes, and  you can reverse with the best of them. But the most exhiliarting part is, you guessed it, accelerating. Though at first I was a bit cautious, I looked like Ghost Rider once I found my stride and got comfortable leaning forward. Speeding past all of the mere mortals in the city was rather refreshing.

The hoverboard ended up replacing my former modes of transport. Whenever I had to meet up with friends at the park or a bar, head to a meeting or just go for a stroll, I took Blue Banshee (that’s what I named her) out for a spin. Picking up mail? Hoverboard. Heading to the kitchen to make some cereal? Hoverboard. Tired of a lame discussion about the weather? Hoverboard your way out. What I really appreciated about Blue Banshee was the simplicity and elegance, all displayed in a streamlined device. The nearly symbiotic relationship you can build with it might make people change the old saying to, “it’s as easy as one, two, hoverboard”.  When all is said and done, I recommend that everyone at least tries one out. After, I’m sure you’ll be singing, “wheel are you now that I need you” (Bieber pun intended).

Don’t hesitate and get this great deal for this hoverboard on outspot.be ! A lot of fun guaranteed!