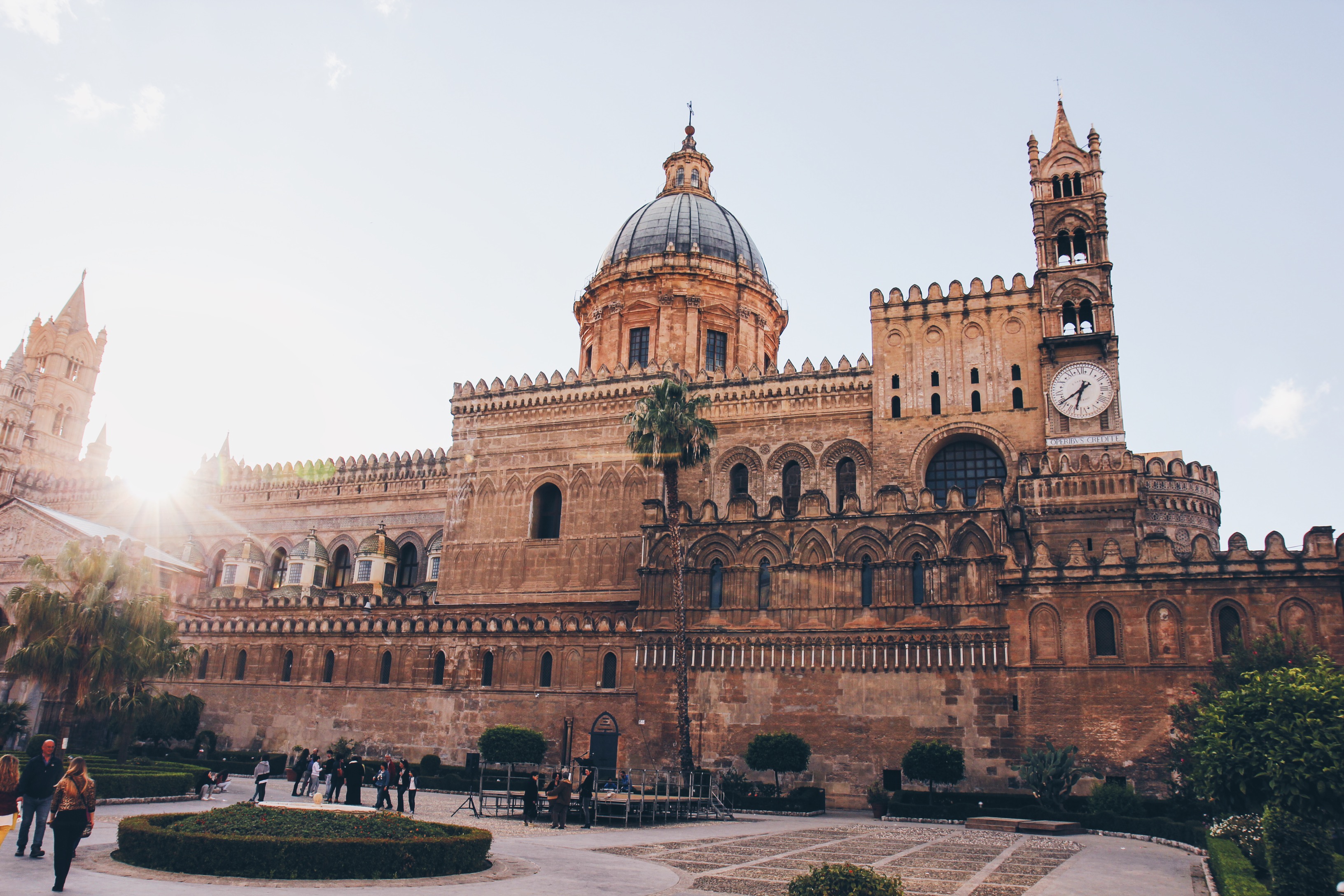 Sicily is the biggest island in the Mediterranean and is known for being one of the most diverse regions in Italy. In Sicily you can go skiing on the slopes of Mount Etna, Europe highest active volcano but also enjoy beautiful sandy beaches under a melting 35 °C during summer. Sicily has been a historical crossroad for many societies and this is still reflected in its diverse architecture, cuisine, ancient ruins and wine culture today. I had 48 hours to visit Sicily and these are my top things to do.

Welcome to Palermo, Sicily’s biggest city with its charming character, chaotic streets and its bustling atmosphere. This city breathes history and art so don’t leave without having visited the Cathedral of Palermo located in the old part of the city. It is an excellent example of Sicily’s unique Arab-Norman architectural style. The most interesting features are the royal Norman tombs and treasury. The cathedral’s roof also offers a magnificent panoramic city view.
Go down the Corso Vittorio Emanuele with it’s small book stands and shops and pass the Puerto Nova, the tower gate and city entrance. It will lead you right to the Norman Palace. In this palace you can find the Cappella Palatina. A real jewel covered in pure golden mosaics and an absolute must-do. 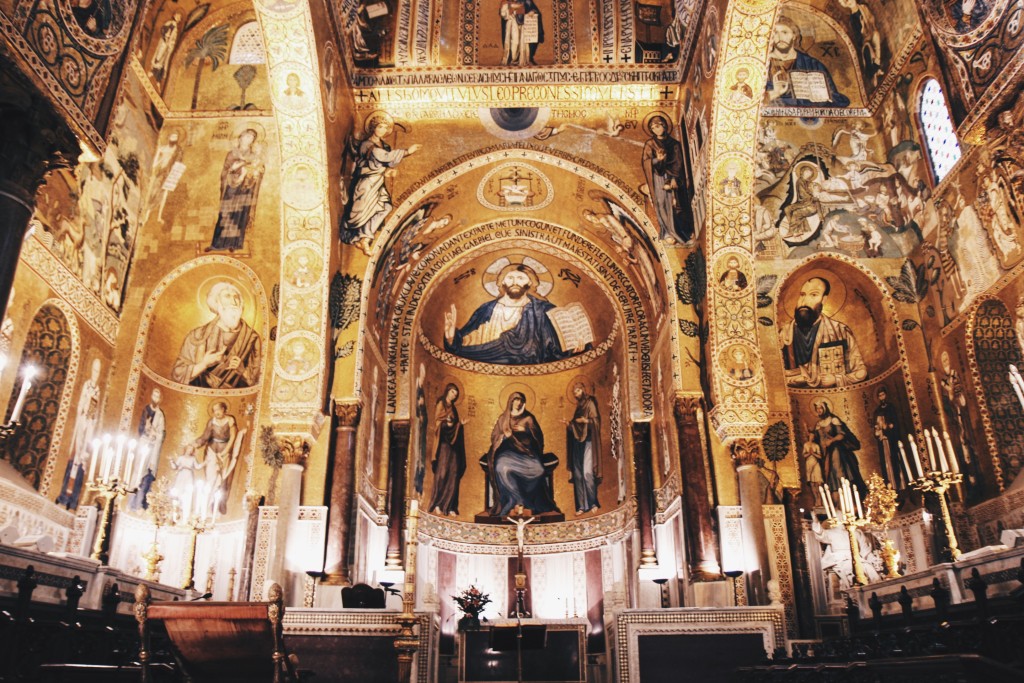 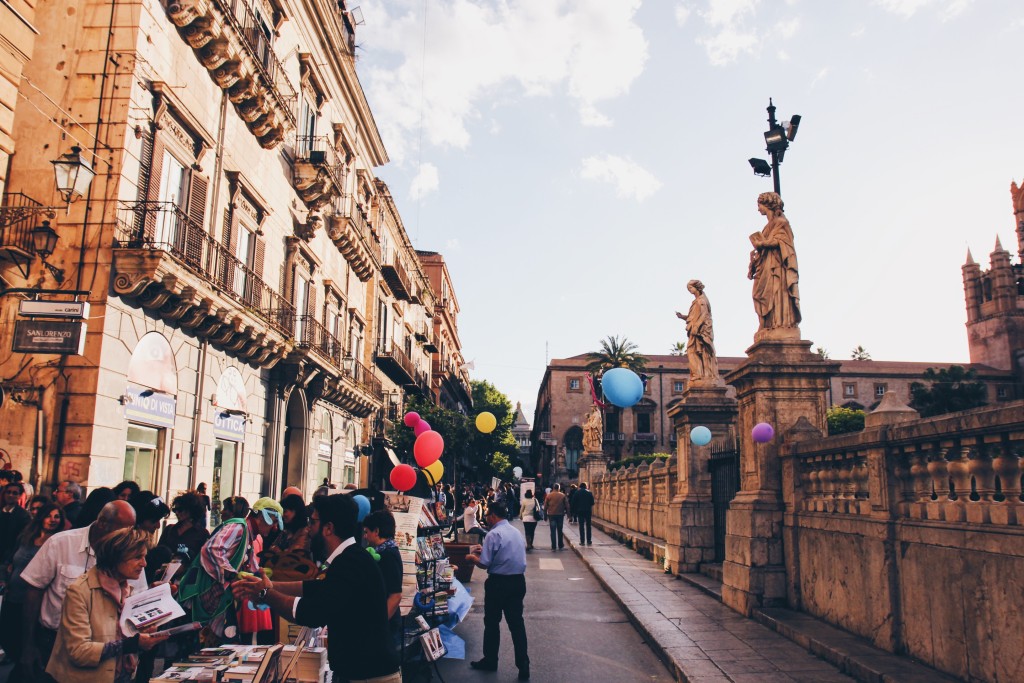 Scala dei Thurchi or The Stiars of the Turks is a rocky cliff on the coast of Realmonte (Agrigento) surrounded by two white sandy beaches. It is a pure white limestone and clay rock, shaped by nature as a staircase. This combined with the frequent raids carried on by the Moors gave this beautiful place its particular name. It used to be one of the hidden gems of Sicily, but more and more people are finding their way to this beautiful beach. The beach has been elected in the top 10 of most beautiful beaches in Europe and it is listed as UNESCO heritage. 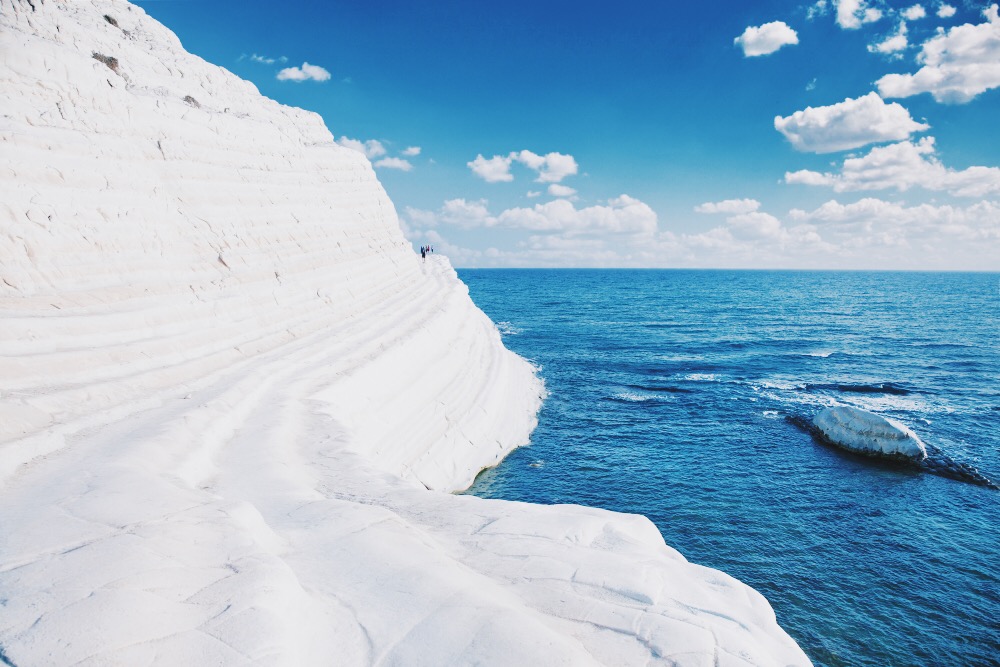 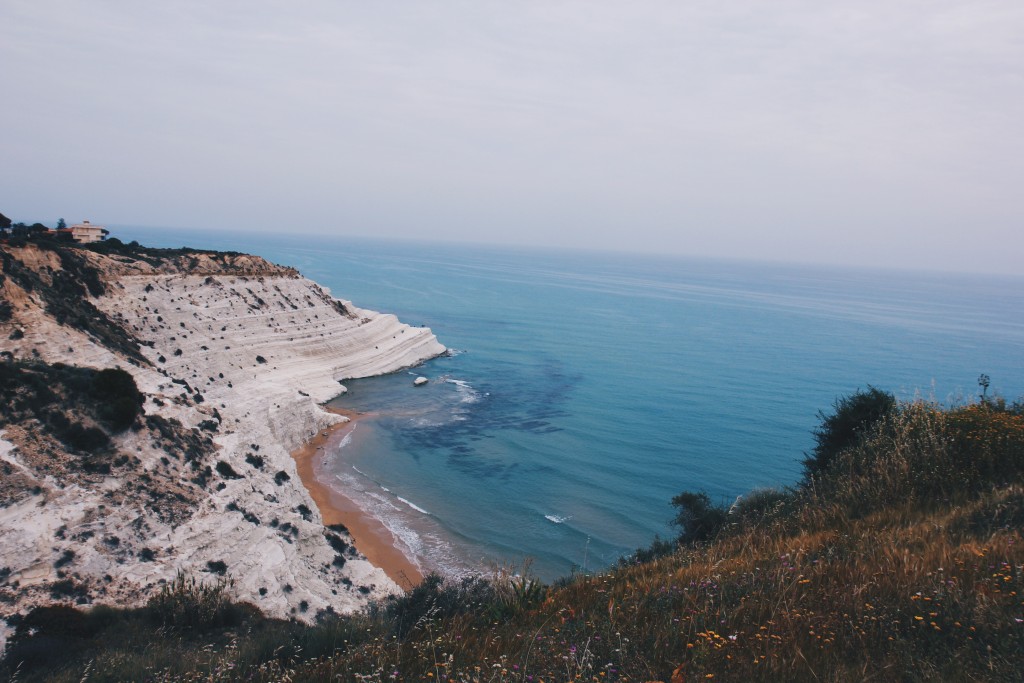 Sicily has about a thousand expressions of wines. It has varying microclimates that range from the terraced vineyards of Pantelleria where the African winds blow, to the sometimes snow covered slopes of Etna. The wines of Sicily can be very diverse and have many expressions because of its difference in climates and soils which make it hard to describe a particular style. Be sure you don’t leave Sicily without having visited at least a few vineyards. The quality wines of Sicily will amaze you!

Picture from the great people & beautiful vineyard of Coste Ghirlanda

Don’t miss out on the scrumptious Sicilian food. Sicily’s kitchen is packed with fresh ingredients, shiny fish straight out of the Mediterranean, unusual additions such as almonds and pistachios, and delectable combinations such as pasta with sardines, saffron and sultanas. Thanks to influxes of different nationalities over many centuries, Sicilian cuisine is very diverse and has a lot in common with Italian cuisine but with influences of the French, Arab, Spanish and greek cuisine. One of the signature (street food) dishes of Sicily is the Panelle e Cazzili. They are savoury fritters made with chick-pea flour and mainly eaten on the go. 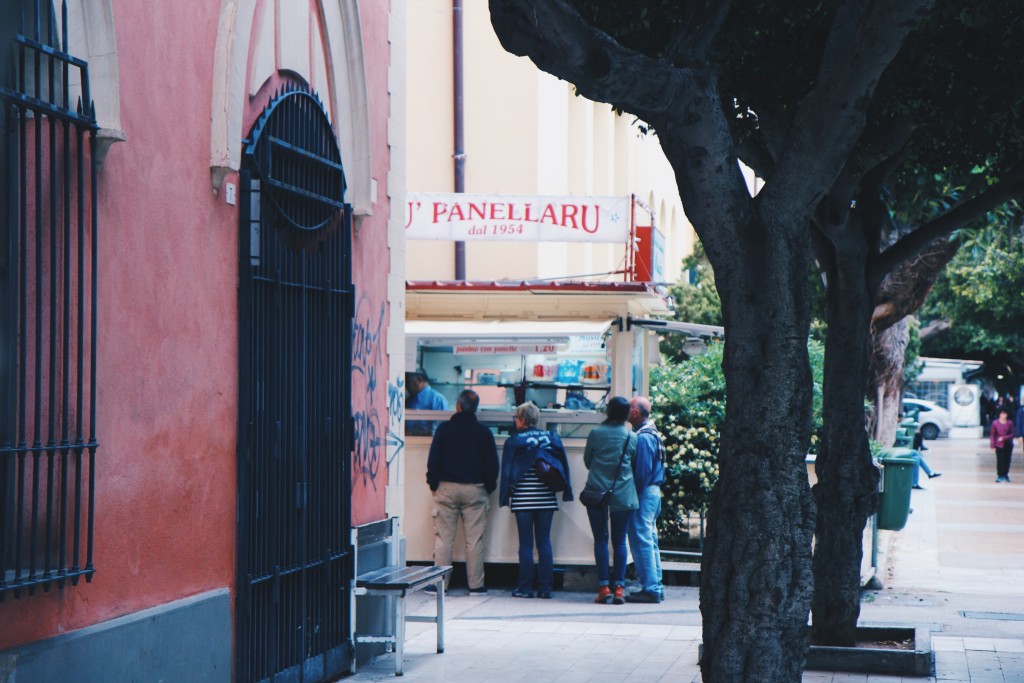 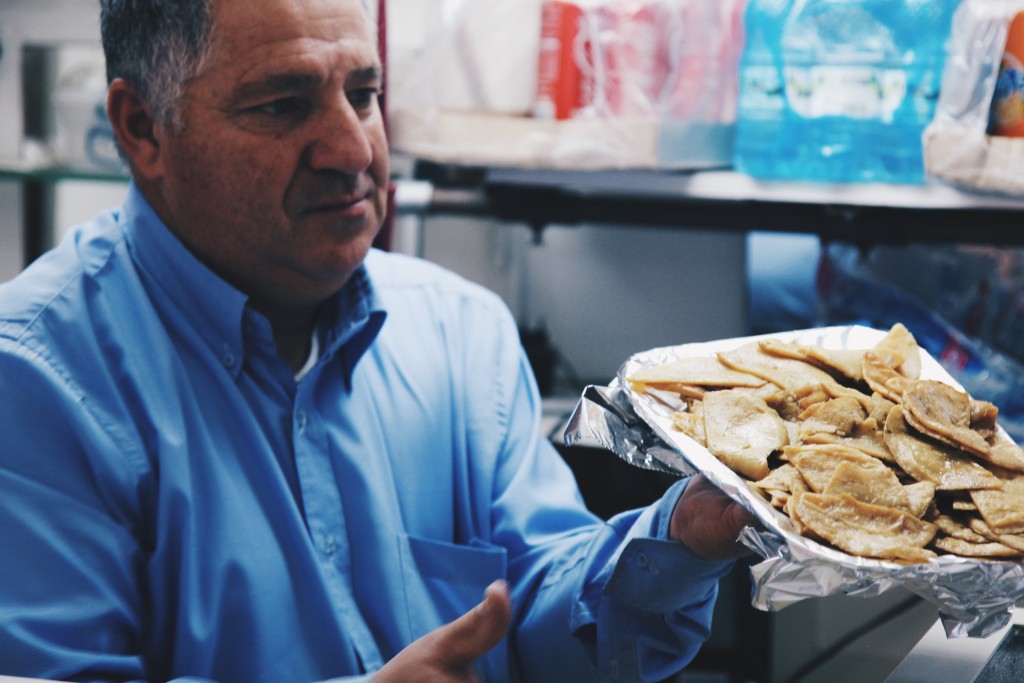 Sometimes you come to places where the only word leaving your mouth is: WOW! The Verdura Resort is one of these places. It is among Europe’s premier contemporary luxury golf and lifestyle destinations and a true oasis of luxury set in 230 hectares of stunning landscape overlooking the Mediterranean. Verdura features 203 rooms and suites, all with sea view, and is a paradise for golfers because it features one of the most memorable finishes anywhere in the world with the final four holes set alongside the Mediterranean. Sit back, relax and enjoy all this luxury! 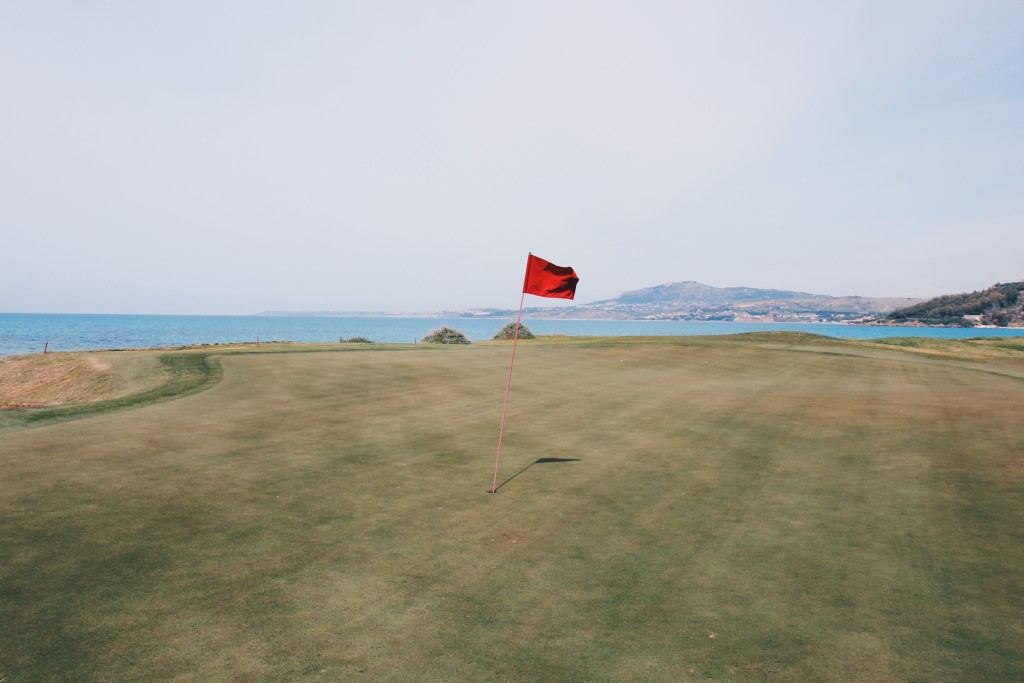 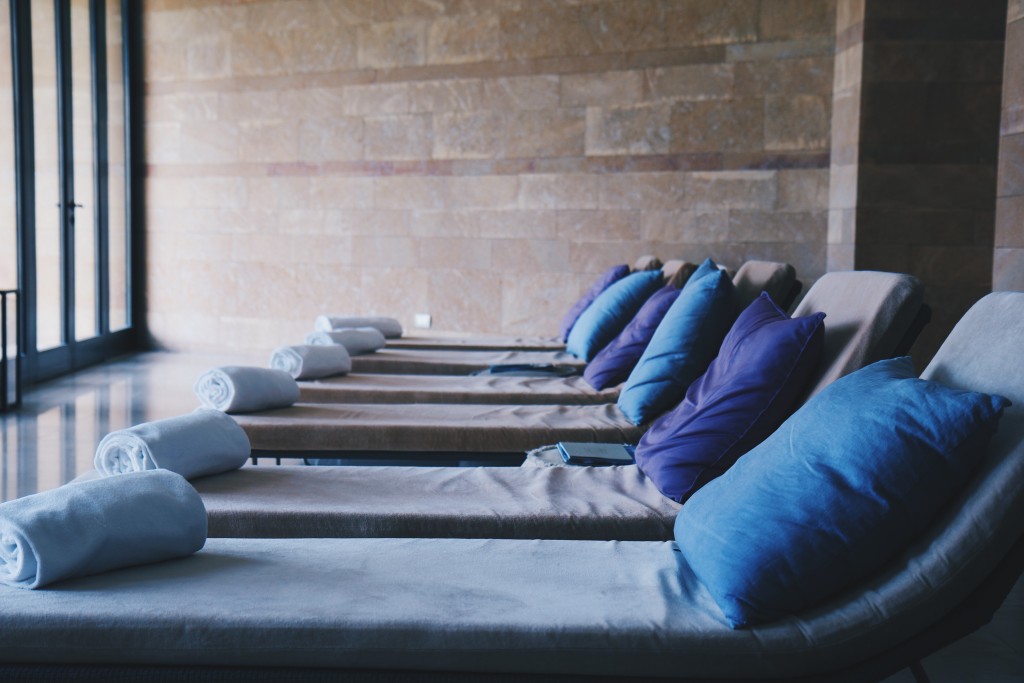 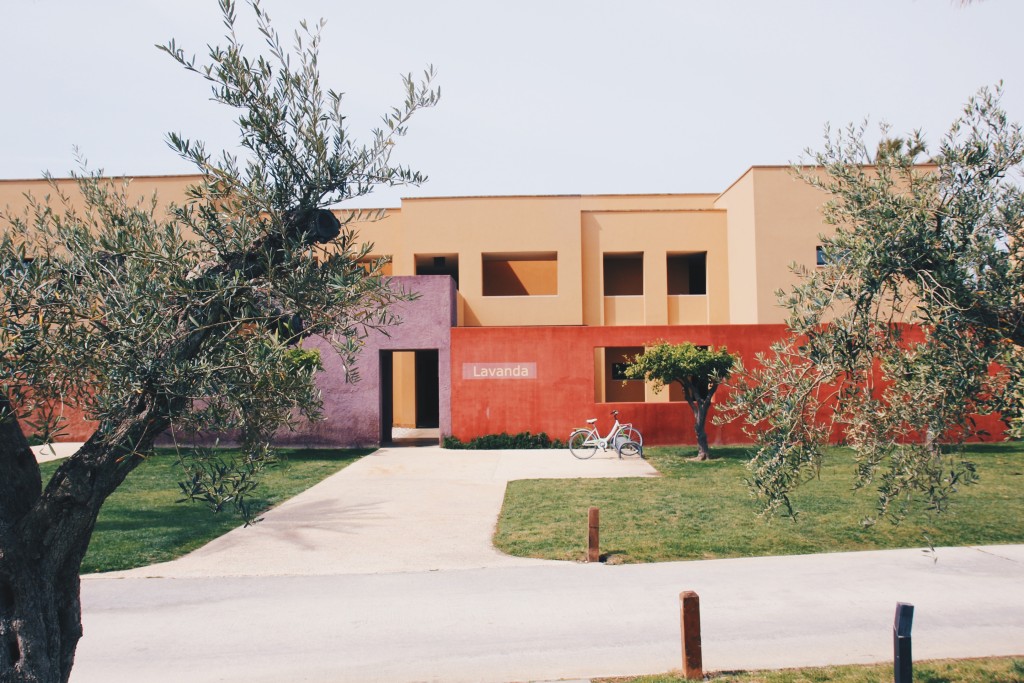 Imagine an enchanted valley, almond trees blooming and a spectacular view with ancient Greek monuments. Welcome to the Valley of the temples in Agrigento. Sicily’s most fascinating archaeological site encompasses the ruined ancient city of Akragas, highlighted by the stunningly well-preserved Tempio della Concordia , one of several ridge-top temples that once served as beacons for homecoming sailors. If you enter the eastern zone of the site, you’ll find the three best preserved temples. The 5th-century-BC Tempio di Hera , also known as the Tempio di Giunone (Temple of Juno), is perched on the edge of a ridge. Though partly destroyed by an earthquake in the Middle Ages, much of the colonnade remains intact, as does a long altar, originally used for sacrifices.

From here, the path continues westwards, past a gnarled 800-year-old olive tree and a series of Byzantine tombs built into the city walls, to the Tempio della Concordia (Temple of Concord). This remarkable temple has survived almost entirely intact since it was constructed in 430 BC. There are several reasons why it has survived while other temples have not, one being that it was converted into a Christian basilica in the 6th century and the main structure was reinforced. The unique charm of this site is absolutely stunning and it has left a big impression. 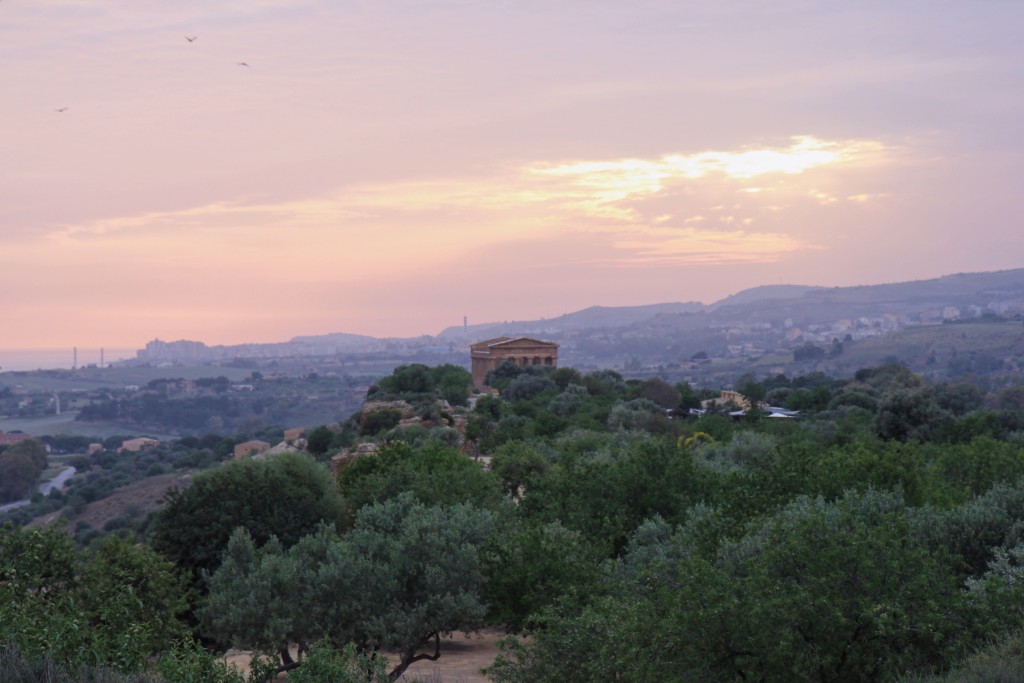 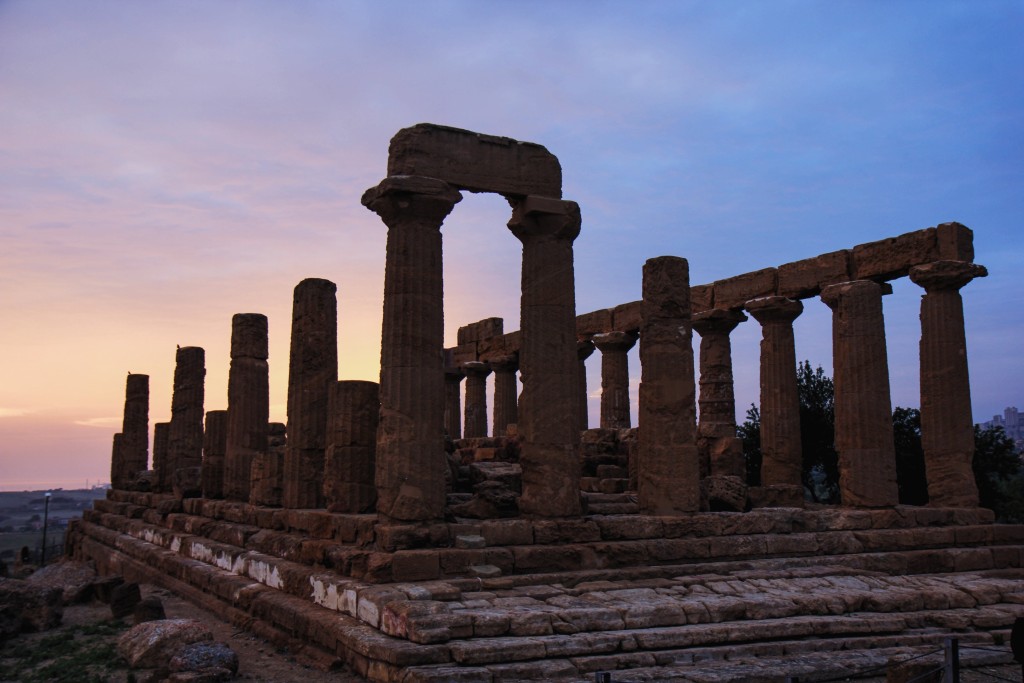 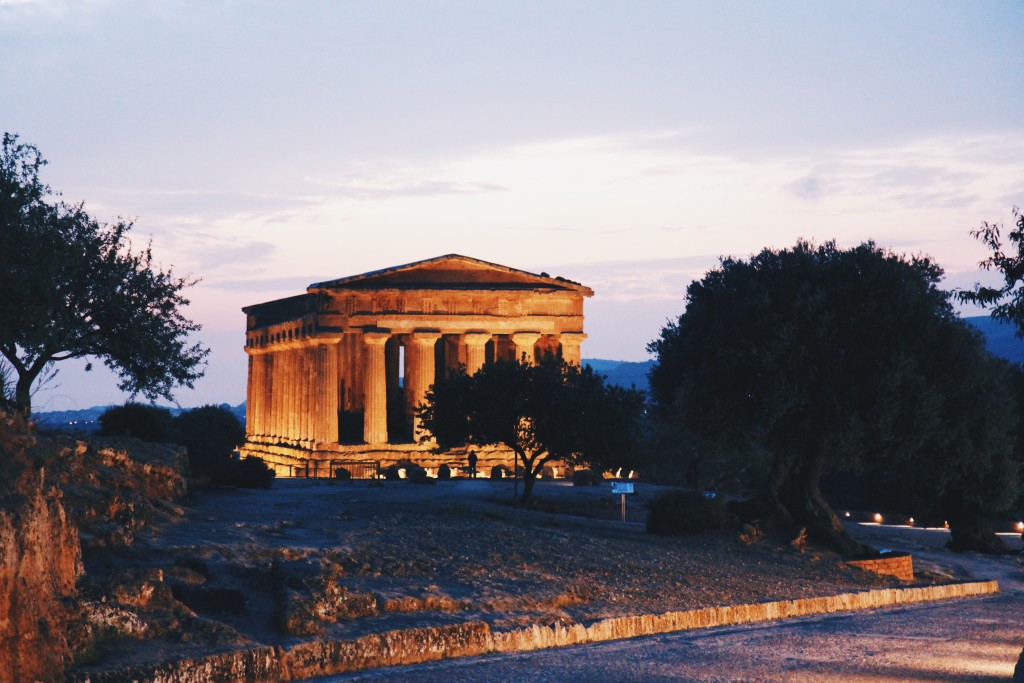 With direct flights from Brussels and all major airports in Europe, Sicily is a great short break destination.