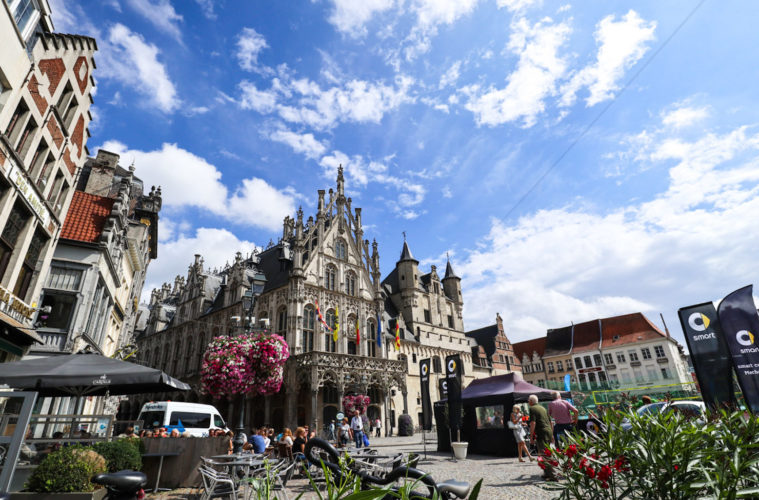 Travelling so much around the globe, we tend to forget that we have beautiful cultural heritage just around the corner! Located on a 30 minutes drive from both Antwerp and Brussels, Mechelen is known for its medieval architecture and scenic canals. If I had to describe Mechelen in three words, they would be authentic, charming and picturesque. Thanks to the many classified buildings, the city has an outspoken historical character. Interesting fact: since the last couple of years many hipster hotspots have been appearing throughout the city, attracting a whole new public. We booked our trip with Weekendesk: read on to hear about our experiences and must-do’s!

Are you looking for an original location for your weekend afternoon stroll? Try out Mechelen and let it surprise you with its authenticity! 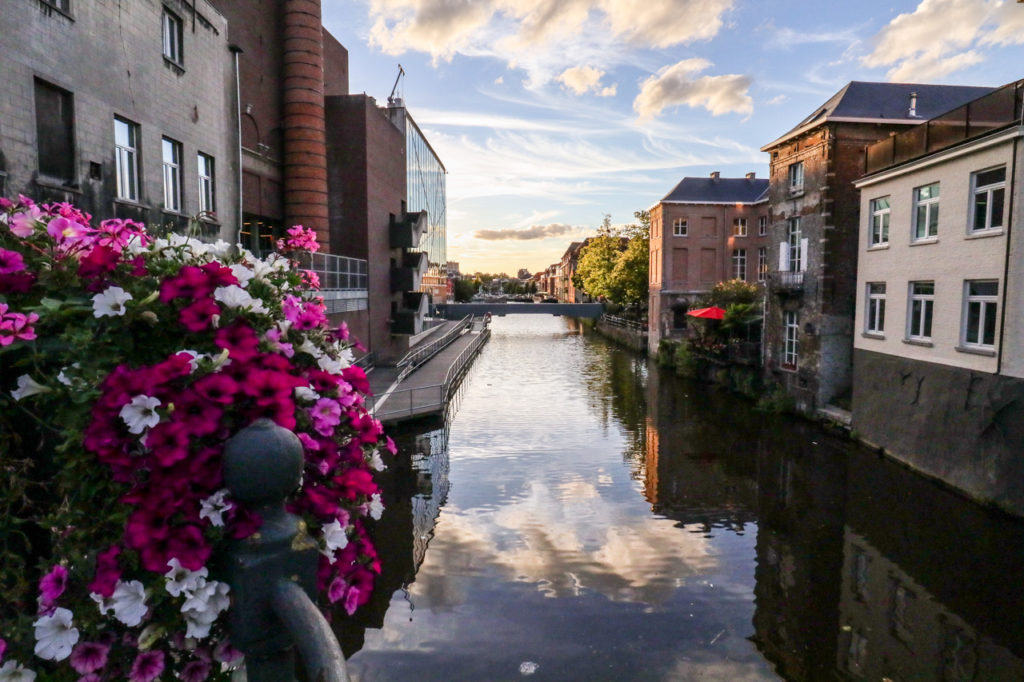 I love beguinages because they are some kind of a small city within the city where you can get lost in the countless small cobblestone alleys. Mechelen’s Groot Begijnhof is particularly charming because of its small pastel colored houses and its beautiful church. A unique experience!

Belgium has many interesting breweries, but Het Anker close to the Groot Begijnhof has a very special meaning to me: my great-grandfather founded it and created the famous Gouden Carolus beers. René Van Meerbeeck and his wife Hélène Boeynaems sold the brewery when they moved to Antwerp, but the original labor agreement signed by René Van Meerbeeck is still pending on the wall. It’s definitely worth joining the guided tour and checking out the inside part of the brewery! Afterwards, the bar tender will be glad to guide you through the beer menu for a tasting. 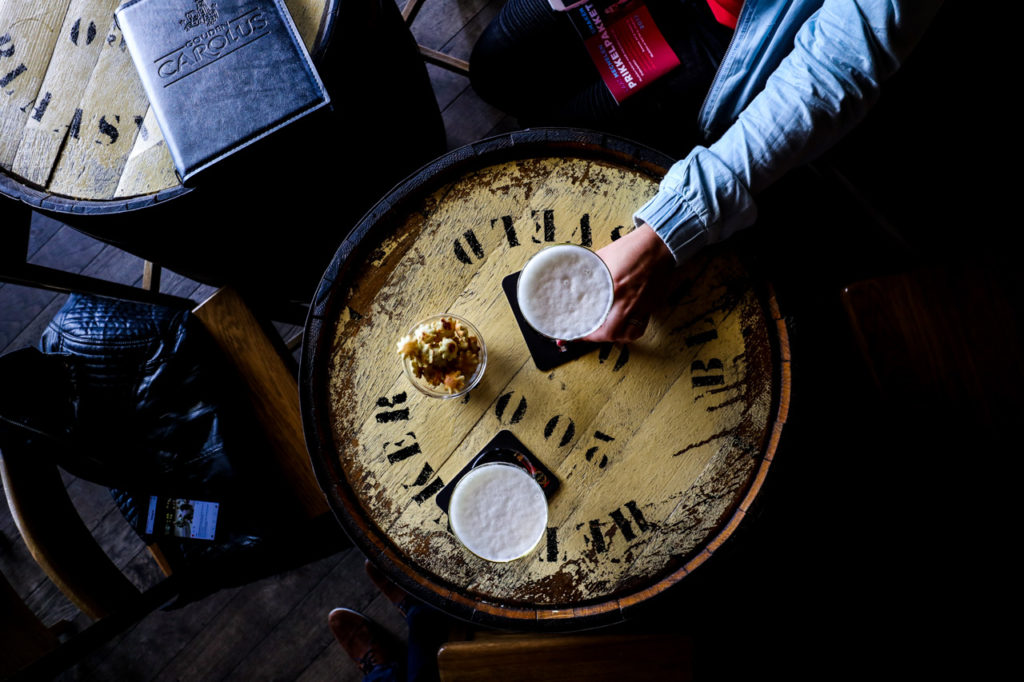 Stroll along the river Dijle

Strolling along a river within a city always adds extra charm to your city trip. In Mechelen you have plenty of opportunities thanks to the river Dijle and its Dijlepad. This path starts at the Vismarkt and goes all the way to the Vijfhoek. For the perfect Instagram shot, stop at the Kraanbrug: here you will have the best view on the authentic 16th and 17th-century houses along the river. Picture time!

Aperitif on the Vismarkt or the Grote Markt

For aperitif you can either choose the Vismarkt – an ancient fish market that is now home to many bars and restaurants – or the Grote Markt, Mechelen’s most famous square thanks to the architectural apotheosis. The buildings are from different times, including sixteenth-century renaissance and eighteenth-century rococo. In 2004, the Grote Markt was made a traffic-free zone and an underground car park was built. While work was being carried out, archaeological finds were discovered, including an old well and a thirteenth-century street. Turn around and admire the majestic Town Hall and on the other side the St Rumbold’s Tower. 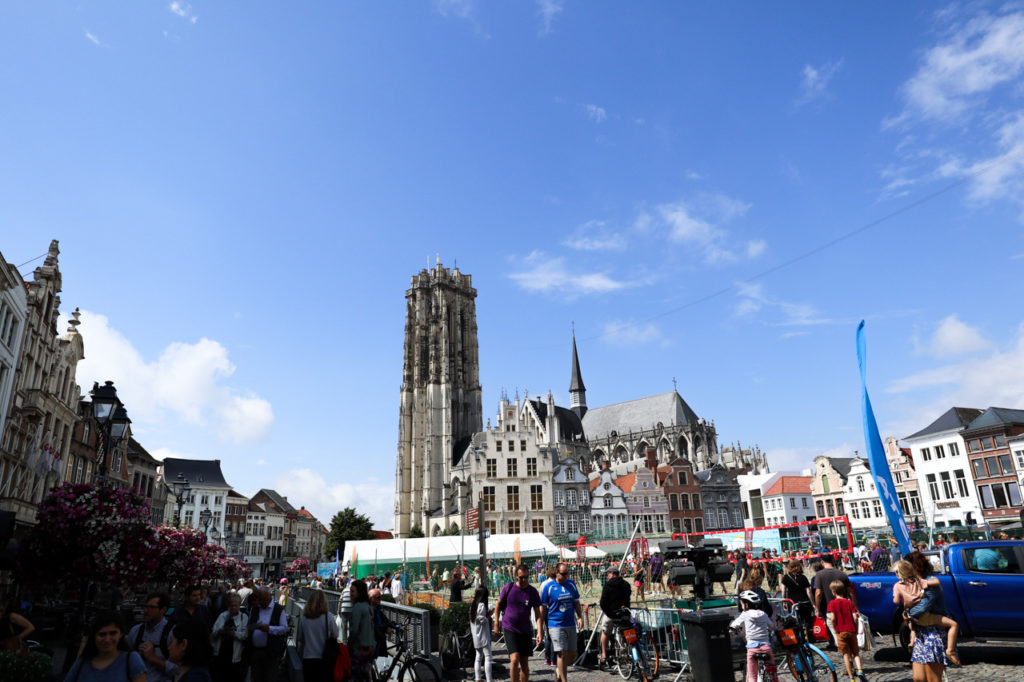 Mechelen is often called the world’s carillon capital. Thanks to the renowned Royal Carillon School, the tradition has been kept alive for centuries. It helped that Mechelen had a magnificent carillon in the Saint Rumbold’s cathedral.

Wherever you are in the city, you will always be able to spot the Saint Rumbold’s tower. This 97-metre tower became the symbol of Mechelen and a UNESCO world heritage site since 1999. The trek to the top of the tower is quite a journey. Fortunately, you can catch your breath in one of the six tower chambers, each of which serves a different purpose. The apogee of the expedition is the tower: here you can admire a working timepiece and two impressive carillons! The oldest extant bells date from the seventeenth century. In 1981, the tower was restored and they installed a new carillon. Unique to Mechelen is the strike between each quarter, every seven-and-a-half-minutes, which is called the ‘Mechels halfke’ – the ‘Mechelen half’.

The end of the tour leads you to the Skywalk, offering you a panoramic view of the Grote Markt, the city and surrounding area. When the sky is clear, you can even see the Atomium in Brussels!

Did you know that…