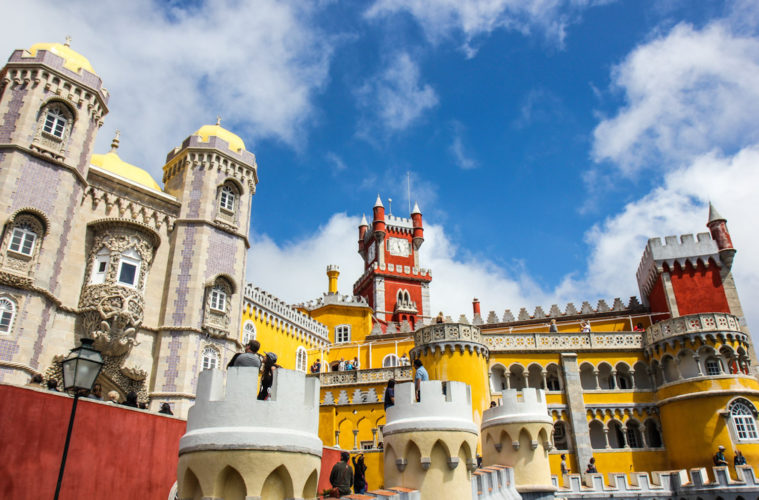 Dreamy forests, exotic gardens, and lush hills that roll down to the blue Atlantic. The incredibly beautiful palaces and castles on the top of the hills give the area a magical vibe. It is a perfect day trip if you want to escape Lisbon for a day and wander around in the tranquil streets of this little town and its surroundings. A direct train takes you in less than 30 minutes from downtown Lisbon to this romantic scene where kings and queens used to spend their summers throughout the centuries.

My top picks in Sintra:

1. Palácio e Quinta da Regaleira: This 19th-century surreal romantic palace has impressive decorations. Wander through the beautiful gardens from which you can see the Castelo dos Mouros and be amazed by the lakes, grottoes, wells, benches, fountains, and underground caverns. Inside the palace, you can find astonishing carved fireplaces, frescoes, and Venetian-glass mosaics. 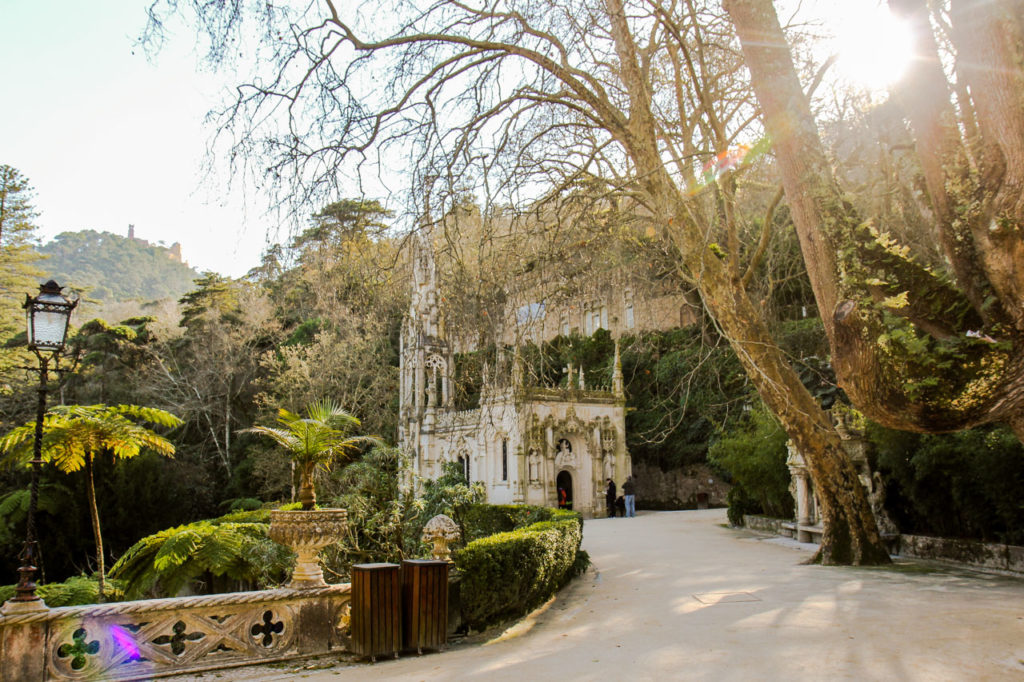 2. Castelo dos Mouros: This ruined Moorish Castle looms above the surrounding forest. The Castle was built by North African Moors in the 8th and 9th century to guard the town of Sintra but it fell into disrepair after the Christian conquest of Portugal. The view from the top over the surrounding hills and palaces is spectacular. 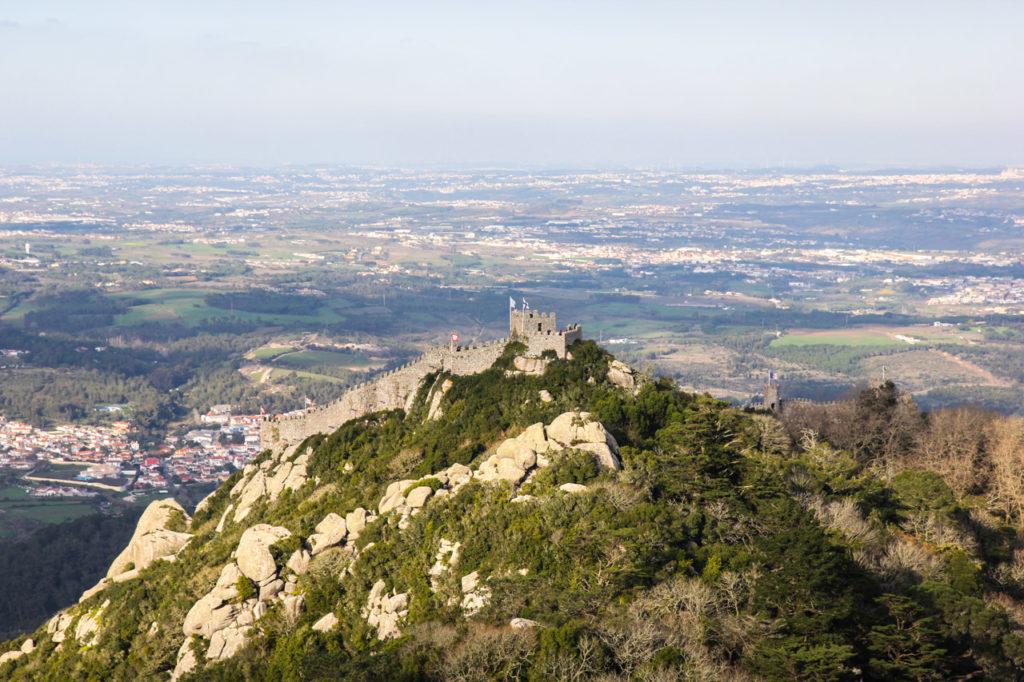 3. My favorite palace, Pena National Palace: The fantastic Palácio da Pena is one of the best examples of 19th-century Romantic revivalism in Portugal. Situated at the top of the Monte da Pena, the palace was built on the site of an old monastery belonging to the Order of St. Jerome. It was the fruit of the imagination of Dom Fernando of Saxe Coburg-Gotha, who married the queen Dona Maria II in 1836. After falling in love with Sintra, he decided to buy the convent and the surrounding land to build a summer palace for the royal family. 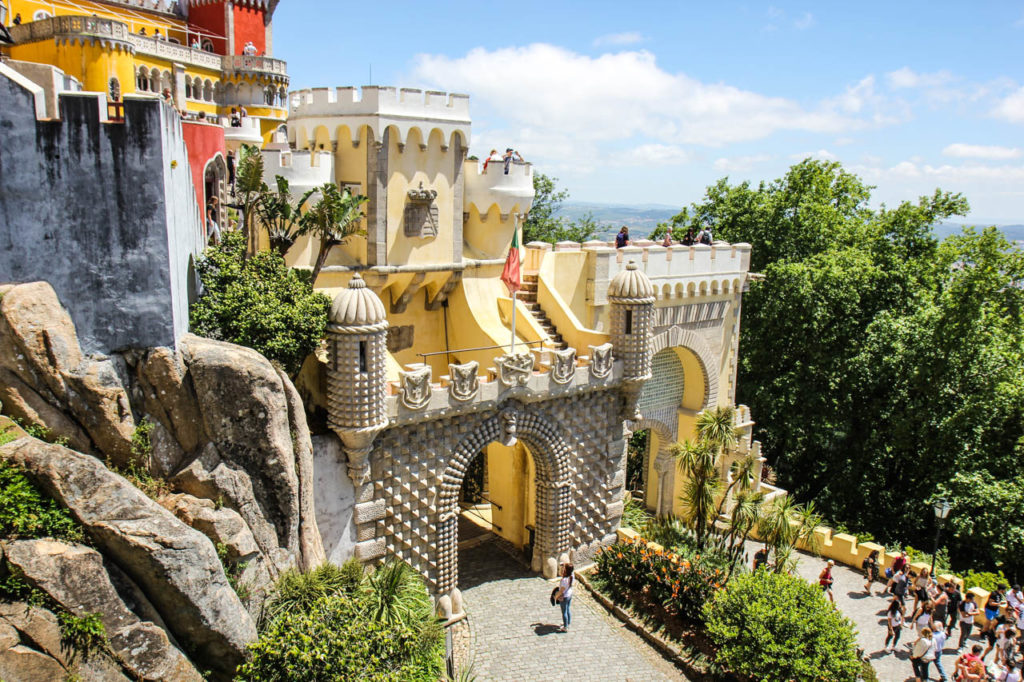 4. Palacio & Parque de Monserrate: This beautiful park welcomes plant species from all over the world. Organized according to geographical areas, the gardens reflect the diverse origins of the plants, composing different scenic effects along the paths that lead you through ruins and hidden nooks and crannies, past lakes and waterfalls. At the center of the park, you will find the beautiful Monserrate Palace. The estate of Monserrate was rented by Gerard de Visme (1789), a wealthy English merchant, who built a house there in the neo-Gothic style and bought by Sir James Cook in 1863 who transformed the house built by de Visme into a palace displaying distinctly medieval and oriental-style influences making it one of the most important examples of Romantic architecture in Portugal. Wander through the various gardens and be amazed by the botanical delights of five continents. 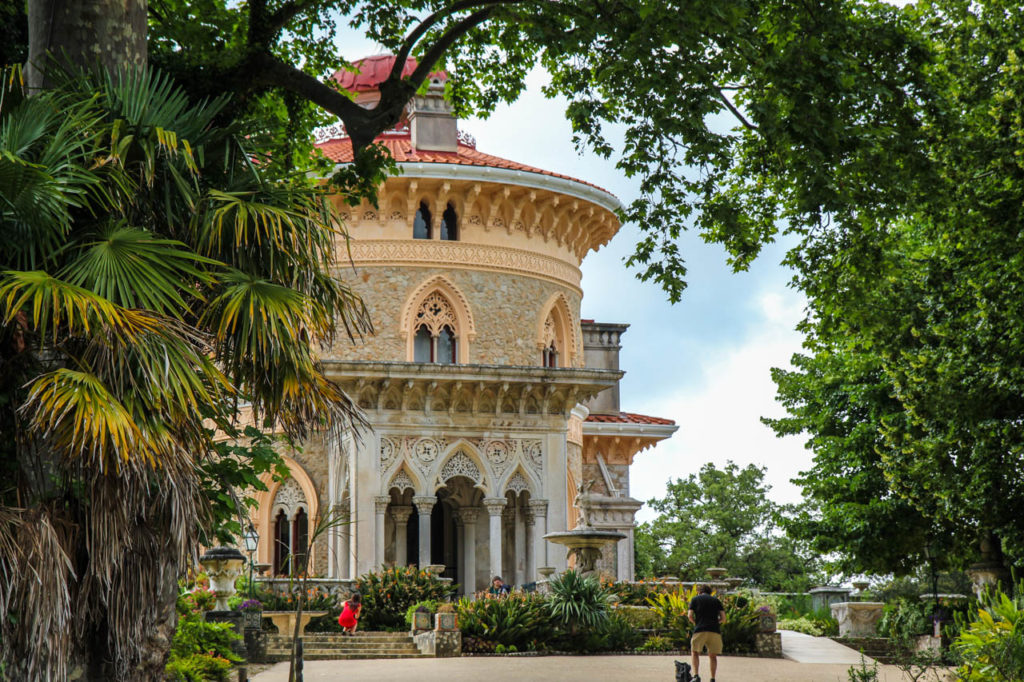 Sintra is easy to visit by yourself. Hop on the train at Rossio station and a half an hour later you will be surrounded by nothing but green hills and peaceful cobbled streets. Near the train station of Sintra you will find plenty of options to discover this town. You can choose between e-bikes, electrical cars or a public bus service. I had a lot of fun hiring a Twizzy at Go2Cintra just outside the train station. A Renault Twizzy is a tiny, electrical car. It’s perfect to travel within the small streets of the city center and it’s also eco-friendly.