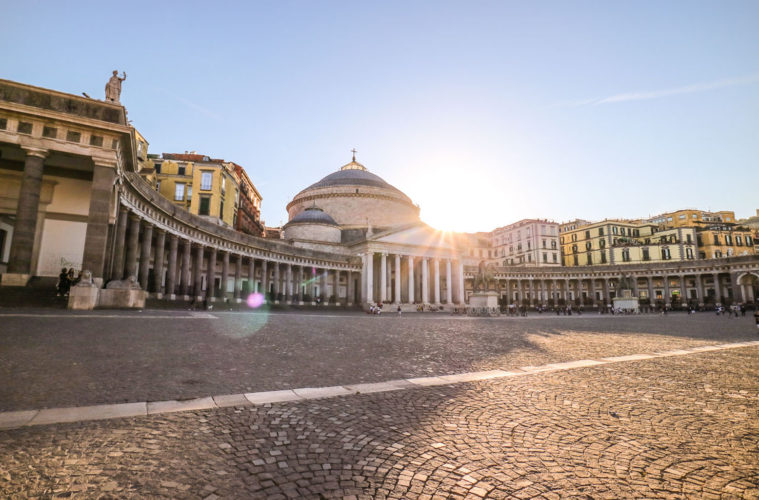 One day in Naples

Only a couple of centuries ago Naples was the second largest city in Europe. Today Naples is the third-largest city in Italy and certainly one of the most charming cities of Italy. The Naples’ Centro Storico (historic center) is a UNESCO World Heritage site and its archaeological treasures are among the world’s most impressive with beautiful palaces, castles and churches. The Naples region and its surroundings are one of Italy’s epicurean heavyweights serving great pizza, pasta and seafood. So where to go if you are spending one day in Naples? 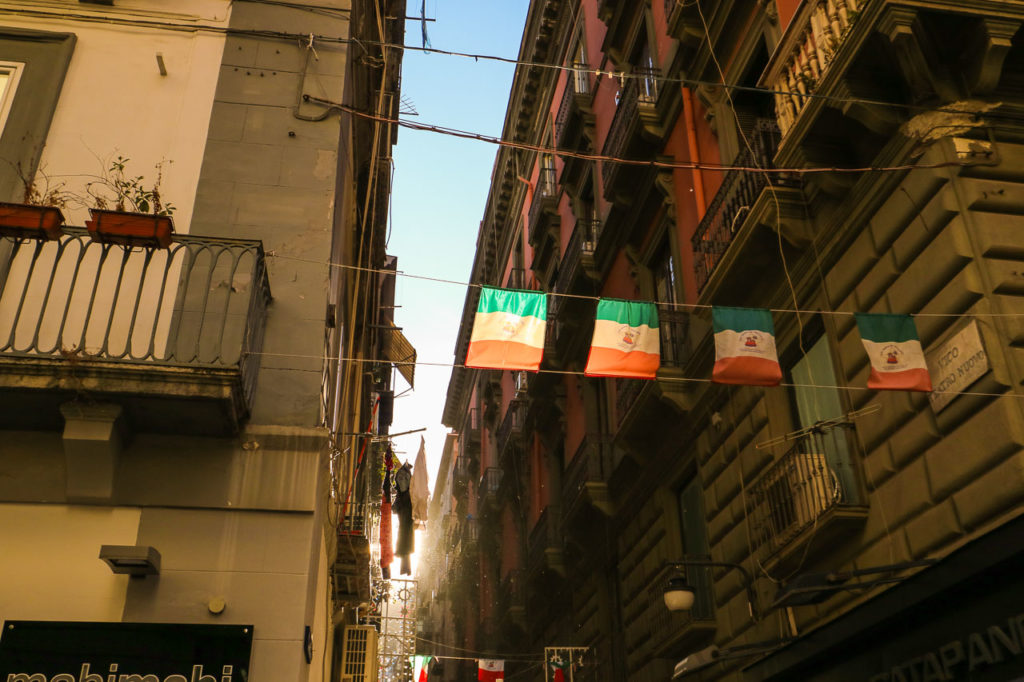 The Naples Cathedral is a Roman Catholic cathedral and the main church of Naples. It’s widely known as the Cattedrale di San Gennaro in honor of the city’s patron saint. The highlight of the Cathedral is the 14th-century silver bust in which sit the skull of San Gennaro and the two phials that hold his miraculously liquefying blood. 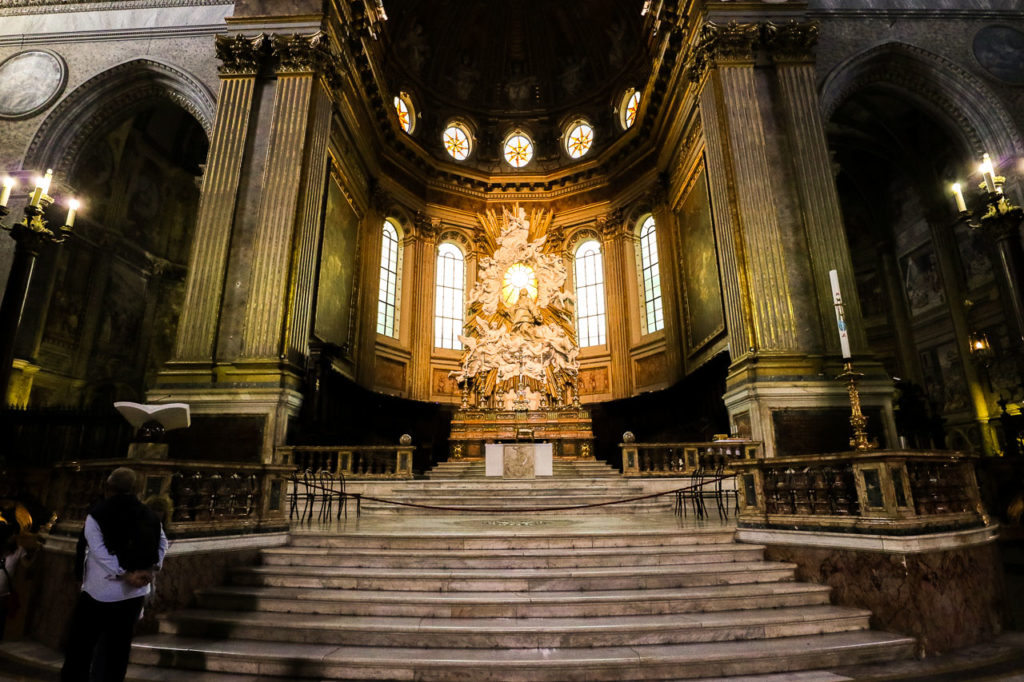 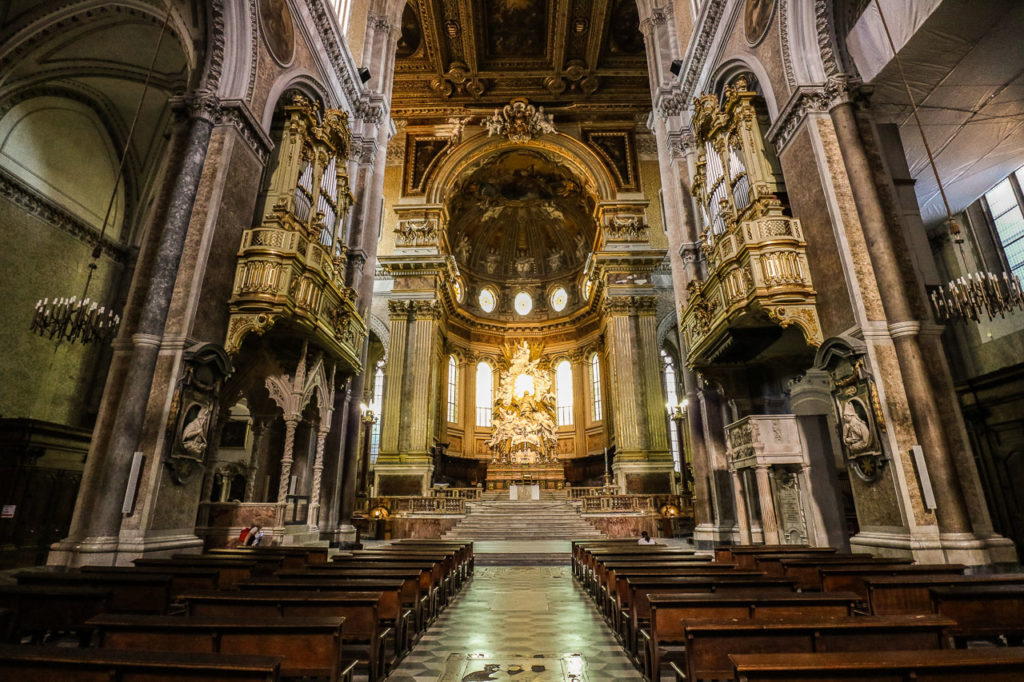 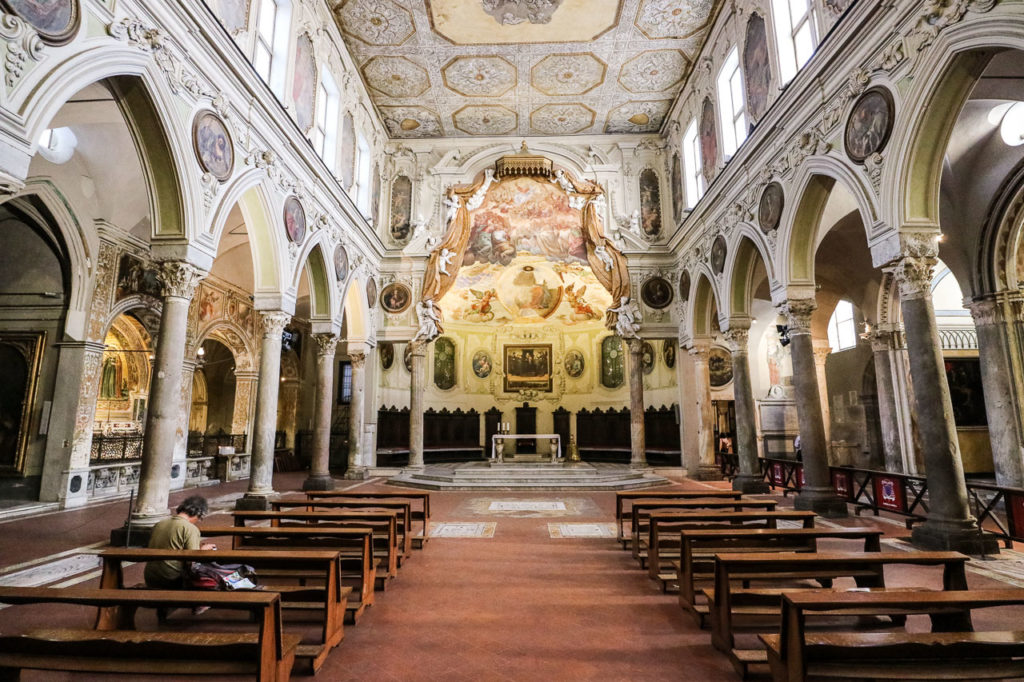 Inspired by that of Milan, the Galleria Umberto I is a clear example of Italian Liberty style. Its valuable manufacture and the refinement of its architectural style make it wonderful to visit and admire. The Galleria is a high and spacious cross-shaped structure, surmounted by a glass dome braced by 16 metal ribs. 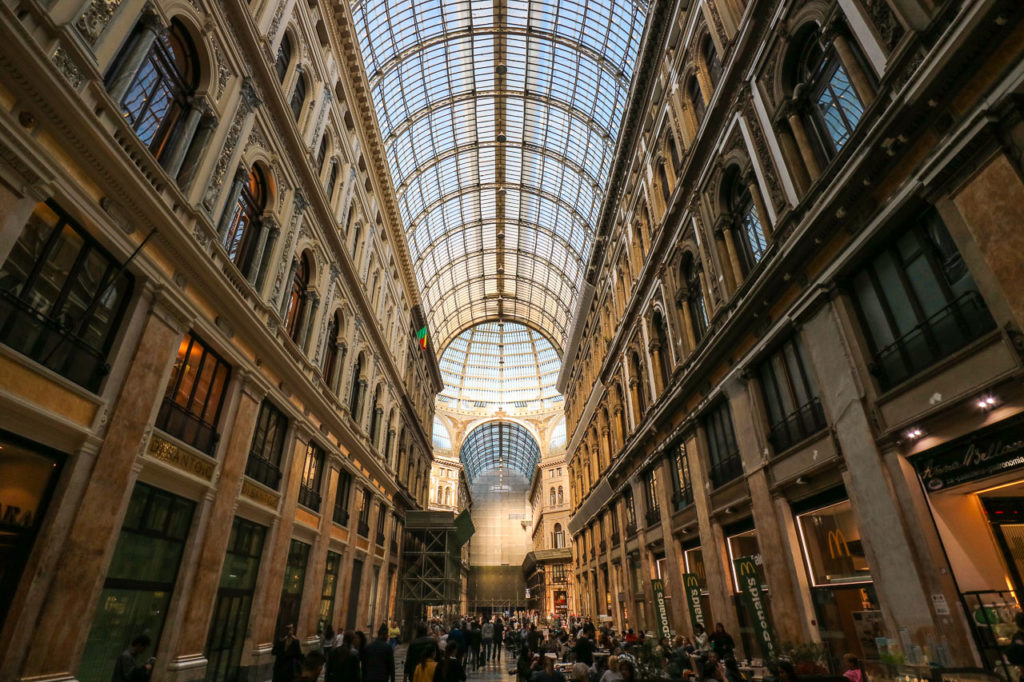 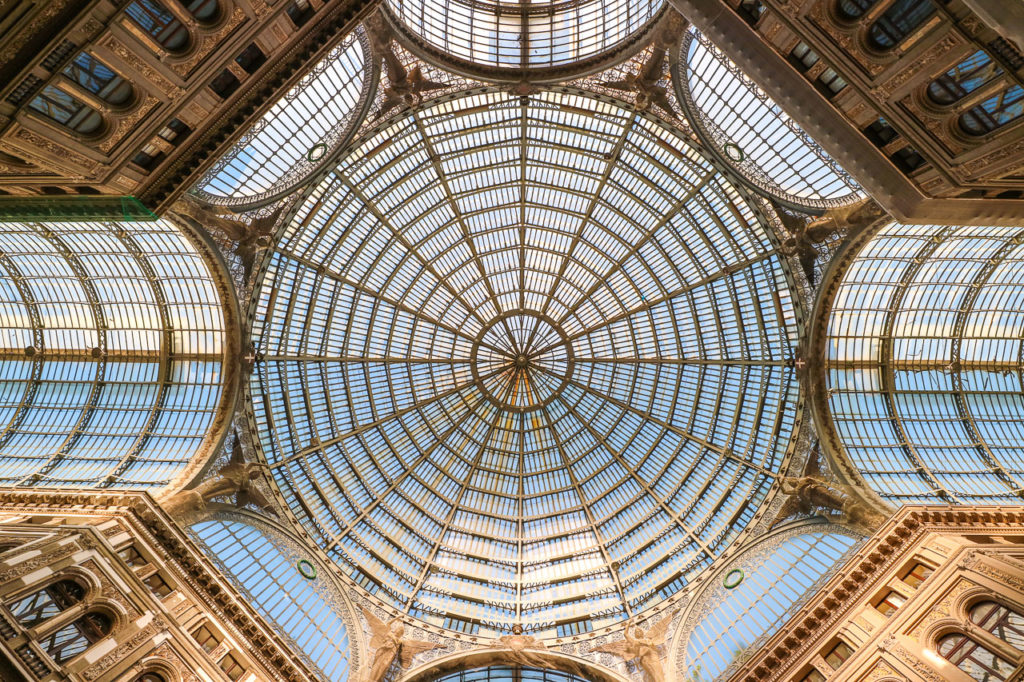 It’s worth to take your time at the beautiful Piazza del Plebiscito. It is bounded on the east by the Royal Palace and on the west by the church of San Francesco di Paolo. Enjoy the magnificent views or bring a visit to the most glamorous cafe in Naples: Caffe Gambrinus. 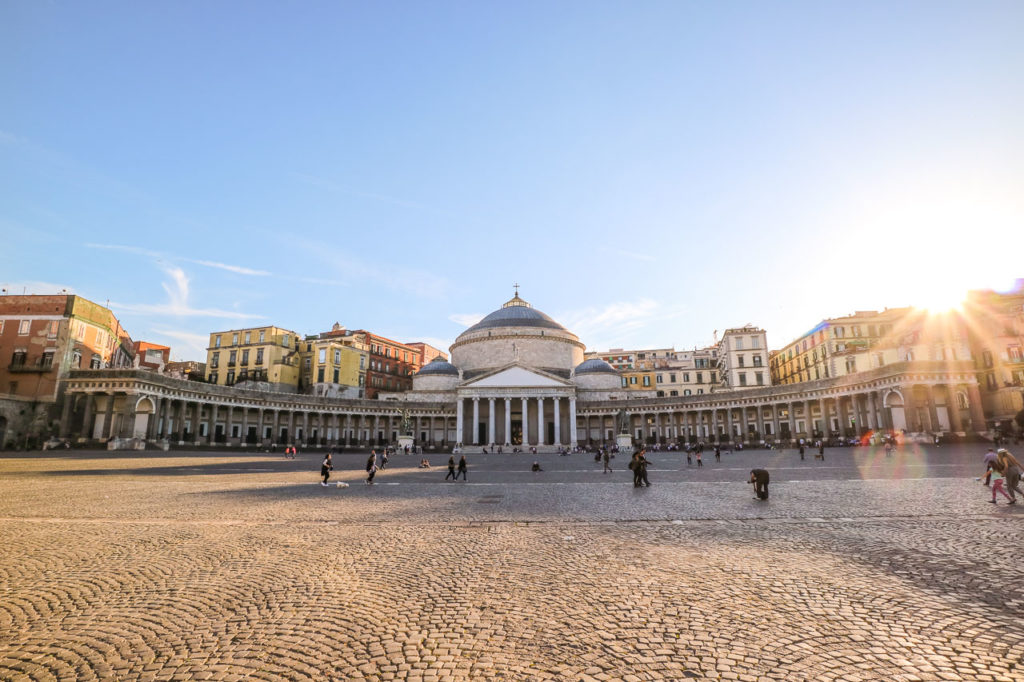 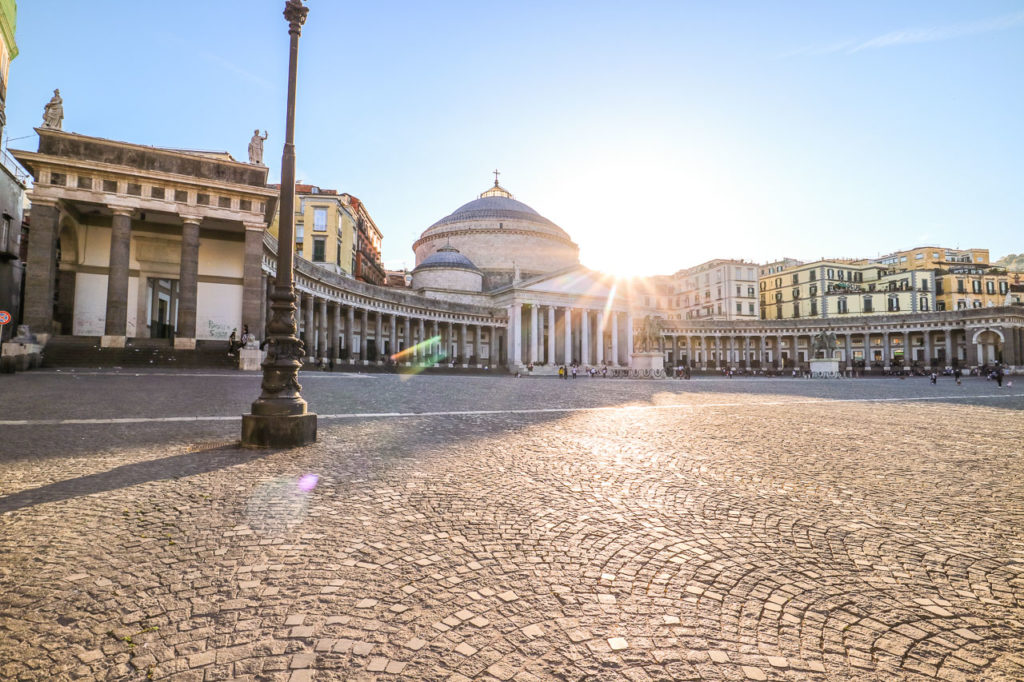 Arriving at the Vittoria square you’ll have a magnificent view over the bay of Naples and the island of Capri. Take your time to stroll through the Villa Comunale of Naples, a beautiful park at the seafront or continue your journey by taking the Via Caracciolo which brings you straight to the Castel dell’Ovo. 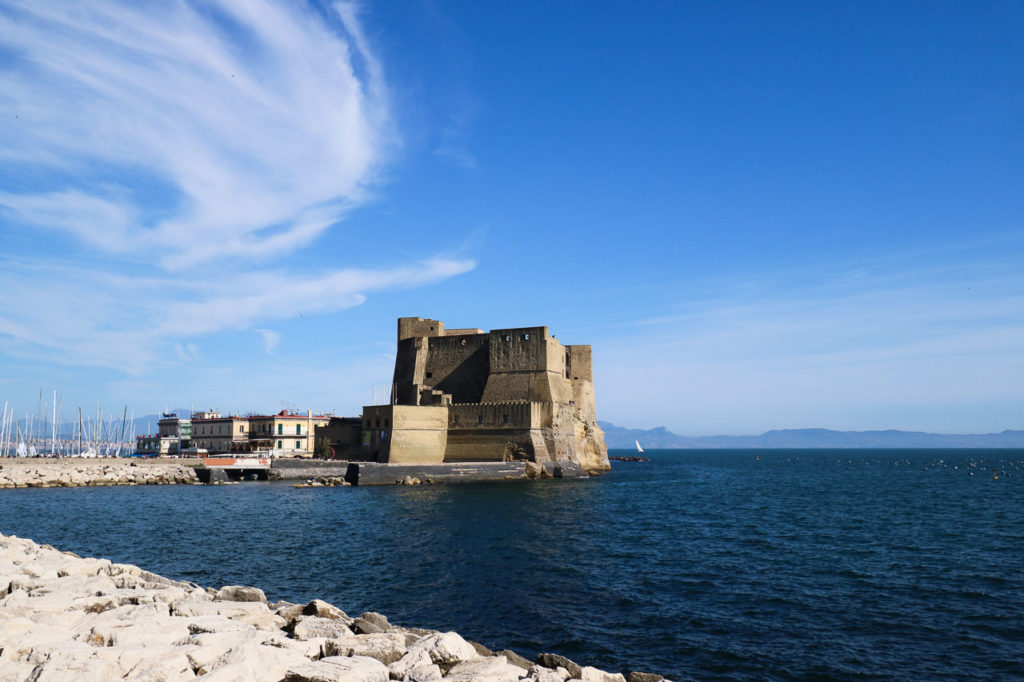 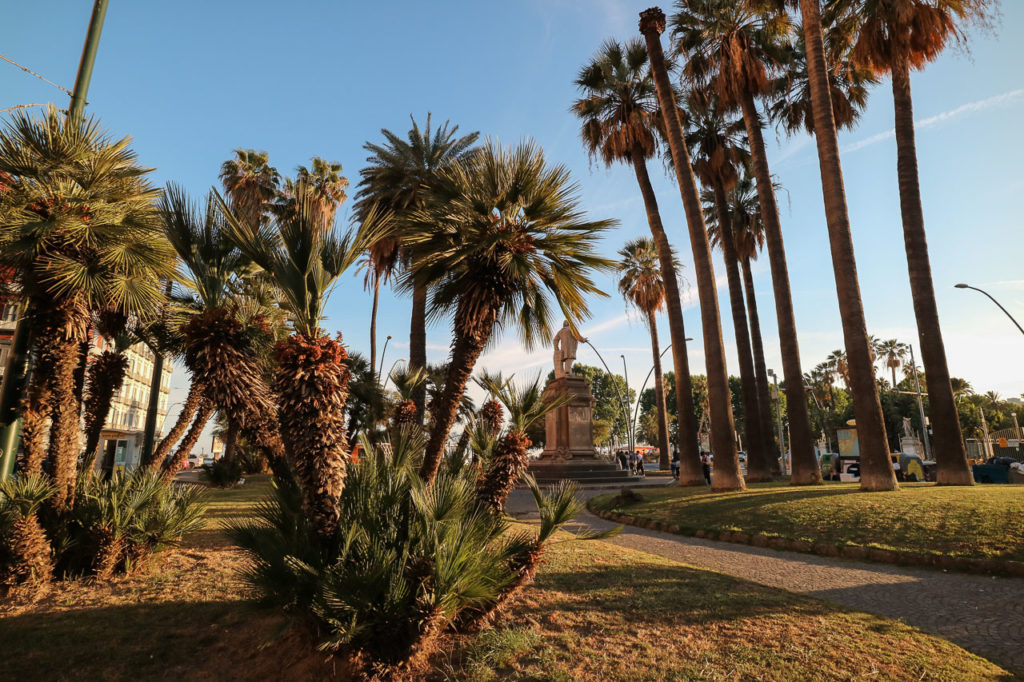 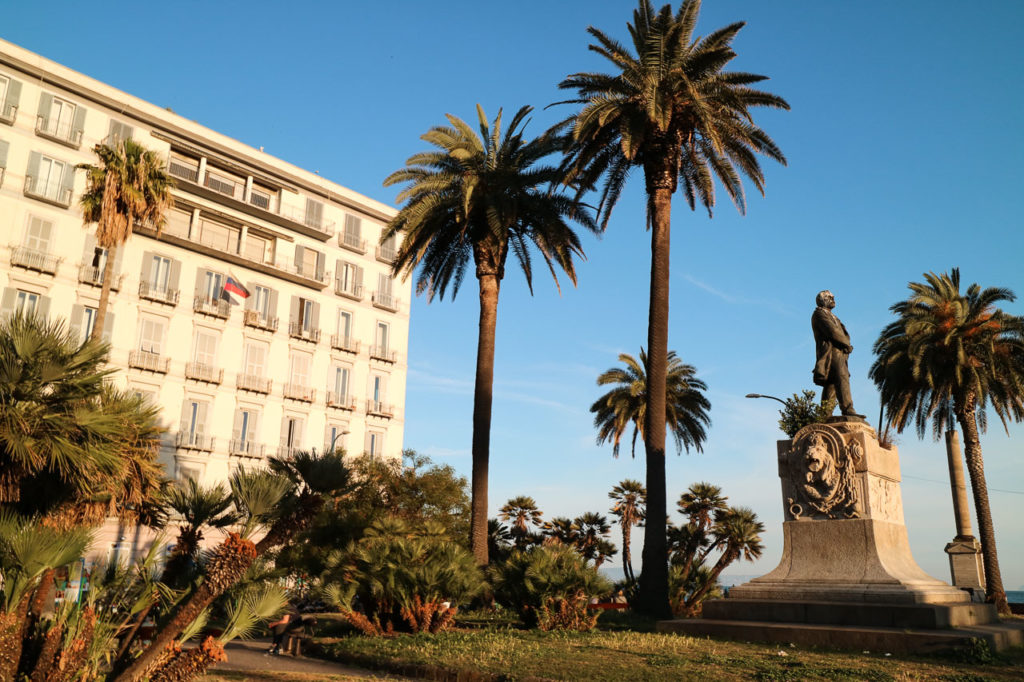 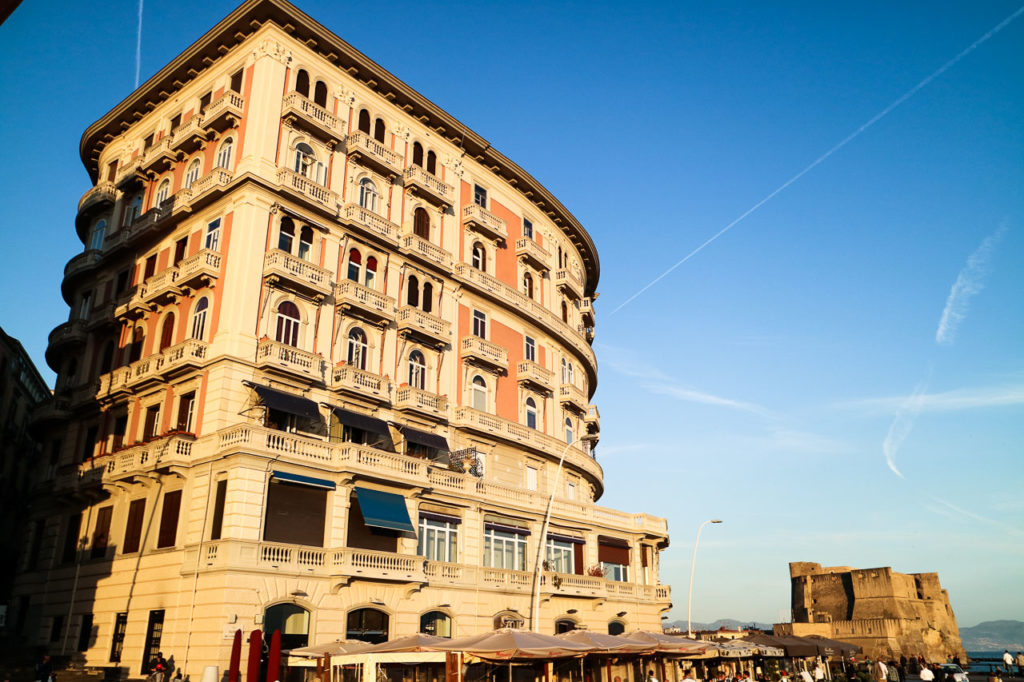 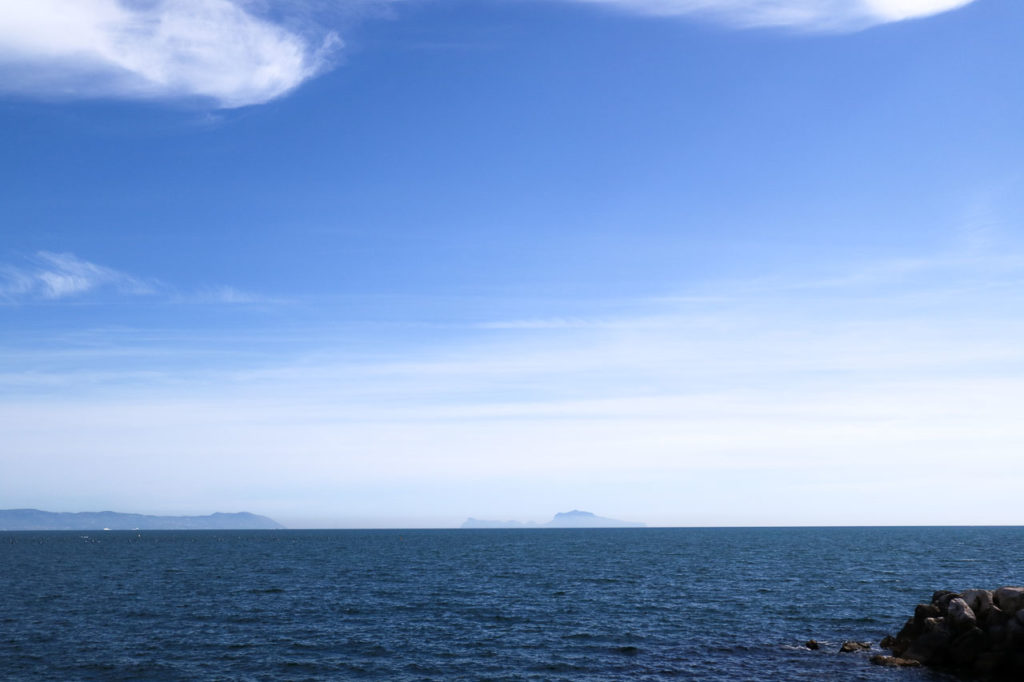 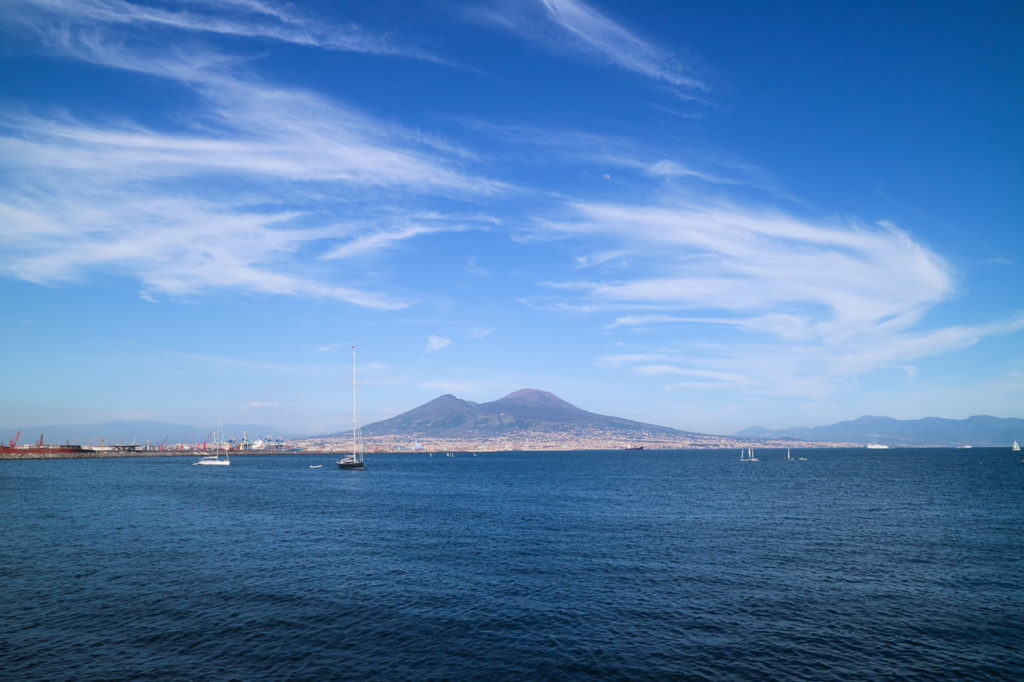