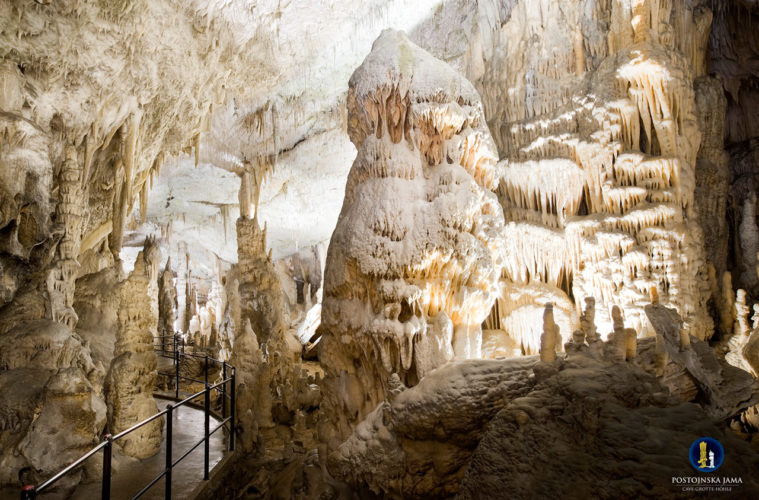 While discovering Slovenia’s mountains, wineries and coastline, I almost forgot that the country also houses the biggest cave systems in the world! Postojna Cave is the second-longest cave system in Slovenia (the longest is the Migovec System), but definitely the most visited one. Believe me, Postojna is not just a cave. You haven’t seen a cave like this one. No kidding here!

In total, Postojna has 24 km of underground passages, galleries and magnificent halls to offer. The visit starts at the entrance station of the cave railway. The train first passes through an artificial tunnel, built when the double track railway was constructed (in 1964). The first natural tunnel is black and sooty, the consequence of a fuel dump explosion during the Second World War. Next comes the Gothic Hall, richly decorated with stalactites and stalagmites, and the Ballroom, for 180 years a venue for events of various kinds. While you are viewing Nature’s sculptures, the train carries you for two more kilometers further into the cave, to the Great Mountain, where you alight and continue your visit on foot. The path leads past the Great Mountain (also known as Calvary), across the Russian Bridge into the Beautiful Caves, through Spaghetti, White and Red Halls, all the way to the Brilliant Passage, where the most famous stalagmite and symbol of Postojna Cave stands: the Brilliant. The route then leads past the aquarium containing human fish and the undisputed star among Postojna Cave’s inhabitants: the olm, Proteus Anguinus. With its length of 25-30 cm, the olm is the largest cave-dwelling animal and the only vertebrate in Europe that lives exclusively in subterranean areas. The final stage of the tour leads you into the Concert Hall, where you learn about the only underground post office in the world, hop back on the train and return to the surface. 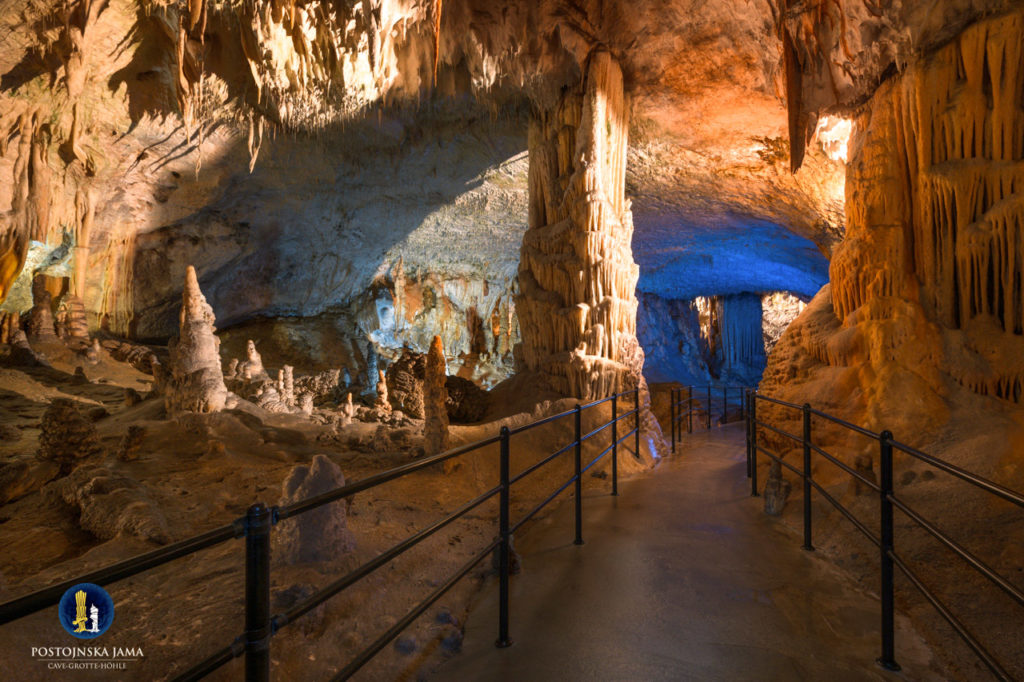 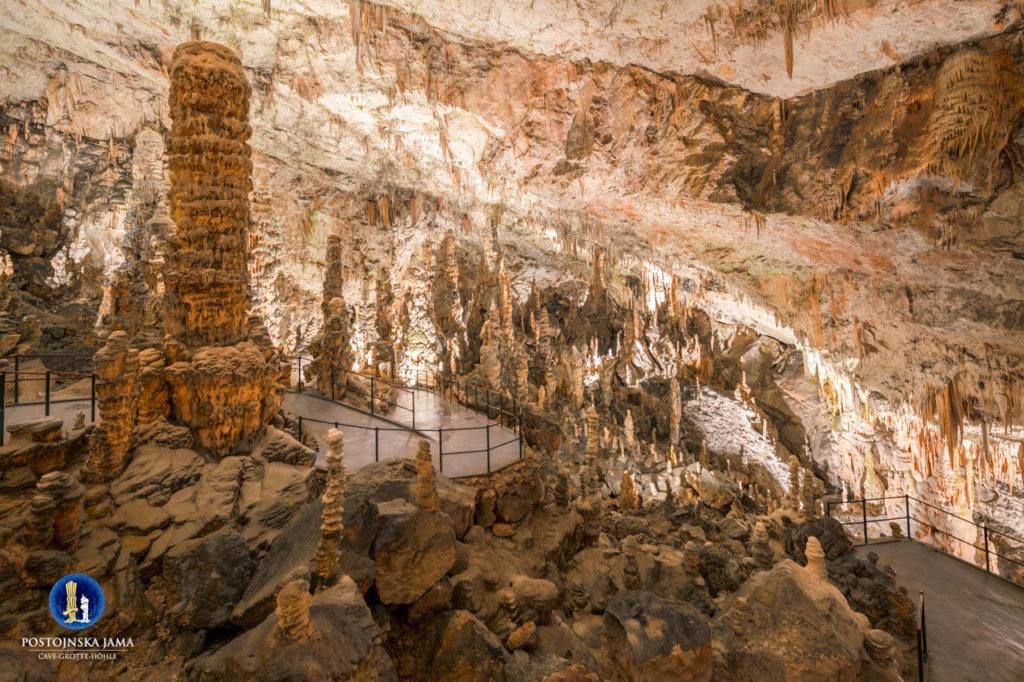 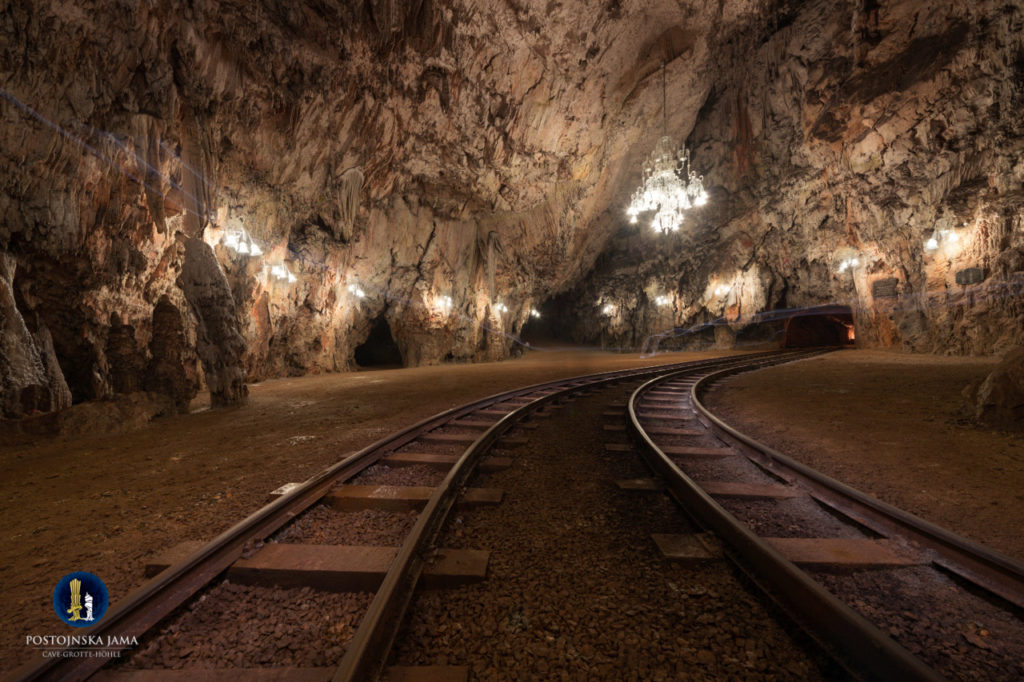 – The cave railway exists since 1872 and electric lighting since 1883

– The railway is the world’s only double-tracked underground railway

– Among 37 million visitors visited the caves the last 200 years

– The cave has a constant temperature of 10°C, so bring warm clothes and comfortable shoes.

– The guided tours take from 1,5 hour to a full day visit including Predjama Castle. You choose between a regular tourist tour and a more adventurous tour with different difficulty levels.

– The Postojna Cave Park is open daily, including public holidays.

– From May to September, regular tours of the Postojna Cave take place every hour, while in the event of a high number of visitors, tours are organized every half an hour.