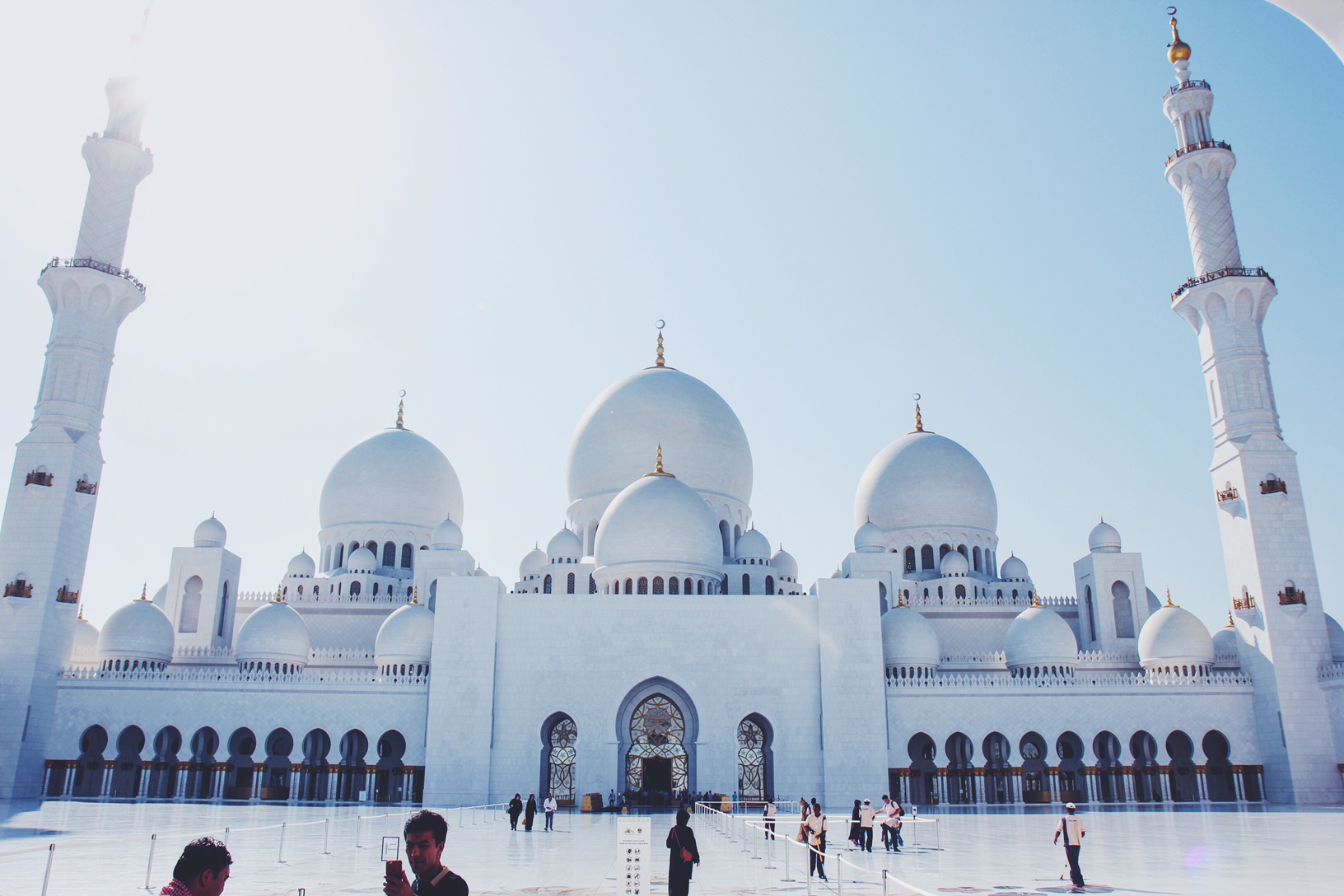 Although quite far away (18km) from the famous Corniche Road (what could be called Abu Dhabi’s beating heart), you absolutely cannot leave Abu Dhabi without having seen the Sheik Zayed Mosque. So take a taxi – which are generally cheaper than in Dubai – put on a black abaya with hood (loaned for free in the basement) and let this majestic piece of art bowl you over!  Sheikh Zayed Mosque

Unlike the other mosques in Abu Dhabi, the Sheikh Zayed Mosque is open daily for public except during prayer times. You can either wait for one of the guided tours to start (45 to 60 min), or just stroll around between the white marble pillars yourself just like I did. Sheikh Zayed Mosque 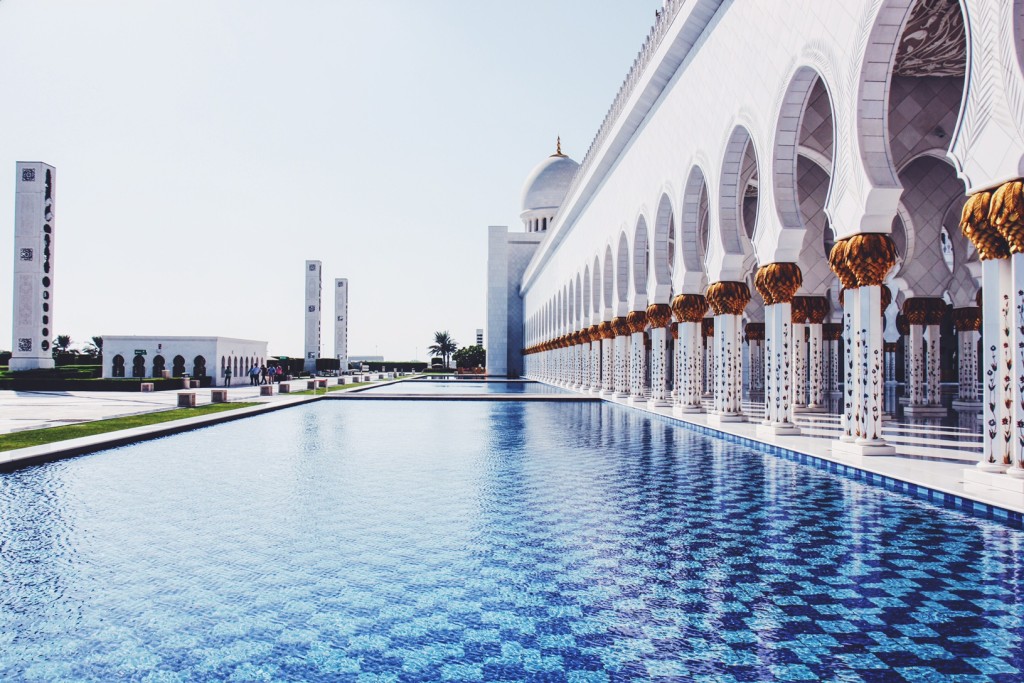 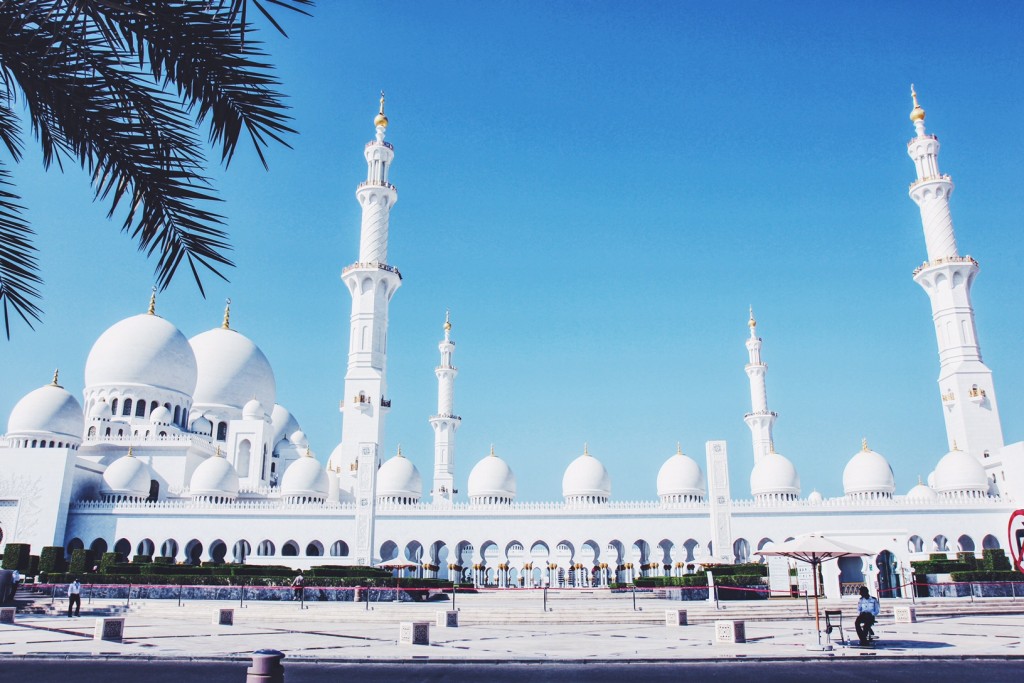 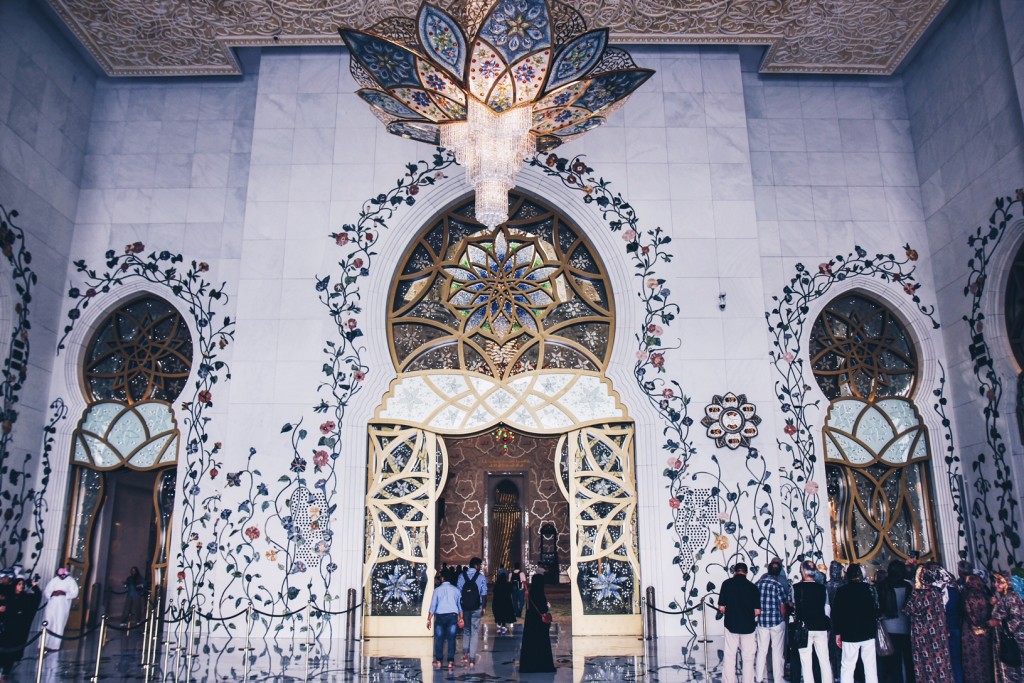 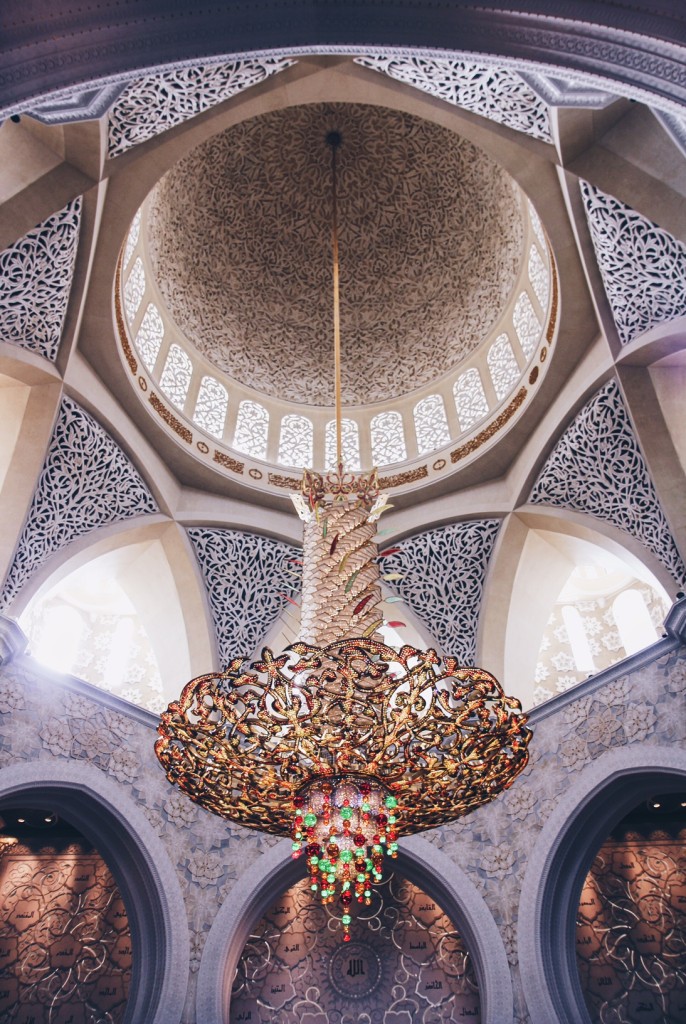 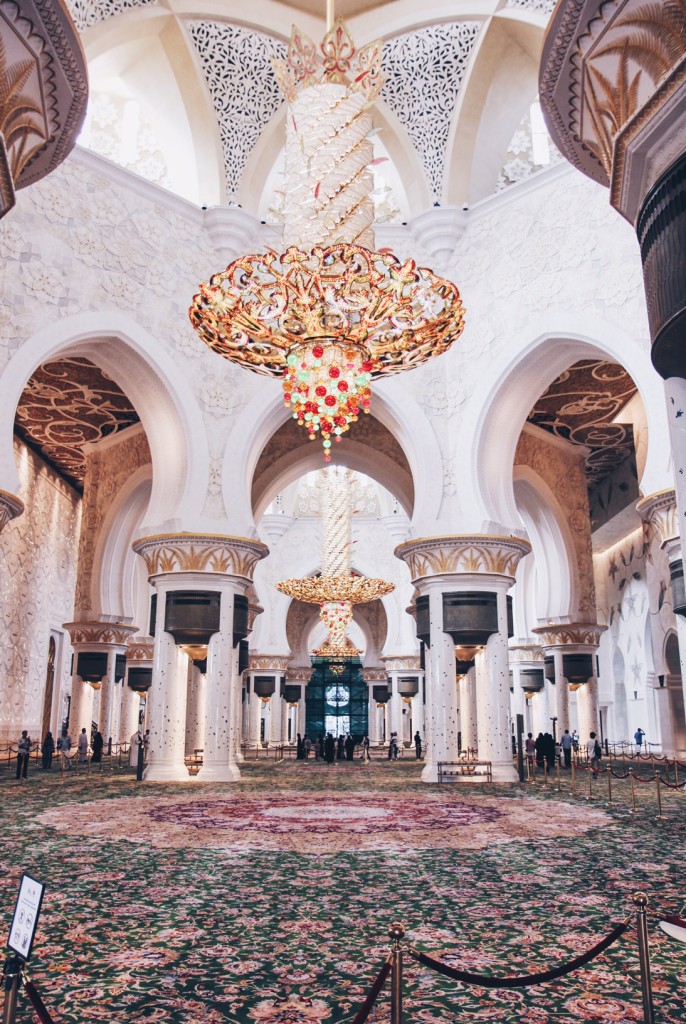 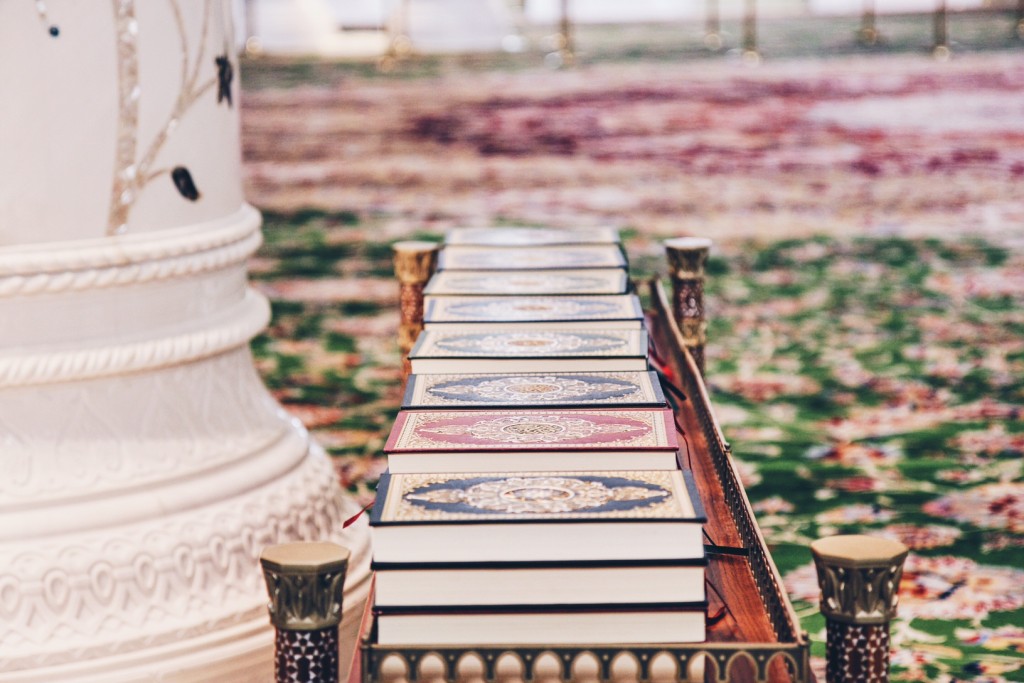