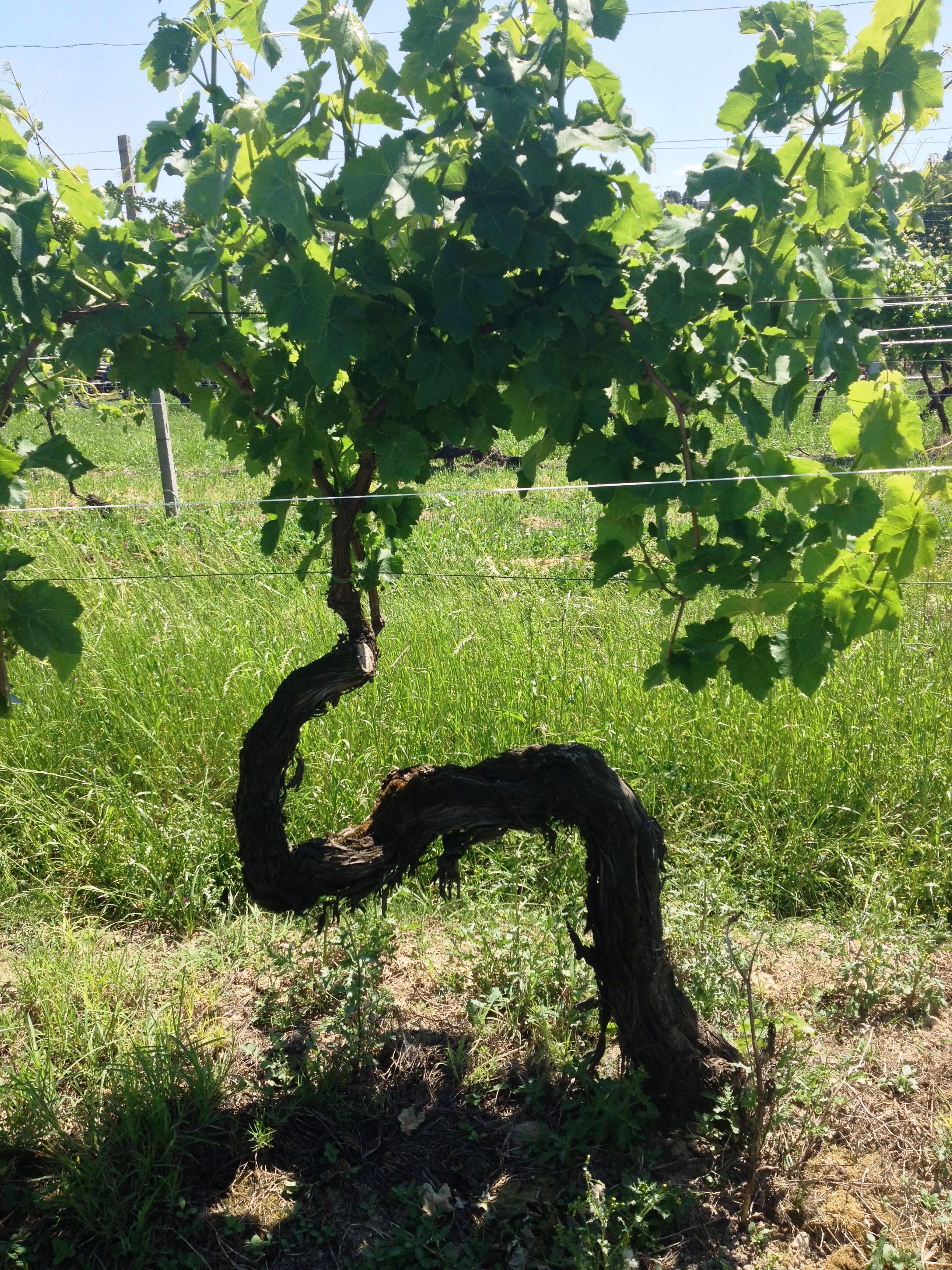 In part 1 we got a short overview of the Lugana region and now we take a look into the suprisingly good ageing potential of some of its best wines. AGEING POTENTIAL Although 90% of the regions’ production is the ’basic Lugana’ style – as Italian consumers tend to drink the wine within one year – the average ageing potential of the best Lugana wines ranges between 10-15 years, based on my tasting experiences. They show their best at this age, although I encountered others that could age longer, due to the high tartaric acid and dry extract content of the grape variety itself. The mineral quality of the wines develops by ageing. The early stages are about fruit and freshness, but – trust me – it’s worth waiting a bit more. Ca’ Maiol by Provenza The ‘unusal’ company name refers to the Provencal origin of the Contato Family, but in order to avoid confusion, the owners – Fabio and Patrizia Contato – are planning to restrict the promotion of their wines under the ‘Cá’Maiol’ brand, named after the very first building of the property. Provenza was the first company to promote the Lugana region starting with a company sign on the estate, which was not a ‘normal practice’ before. They have spread their passion – for both the Turbiana grape and Lugana terroir – by attending famous wine fairs worldwide. They were the first winery in Lugana that earned ‘3 bicchieri’ from Gambero Rosso. Their hard work has paid off: Provenza is exporting even to Thailand and Africa. 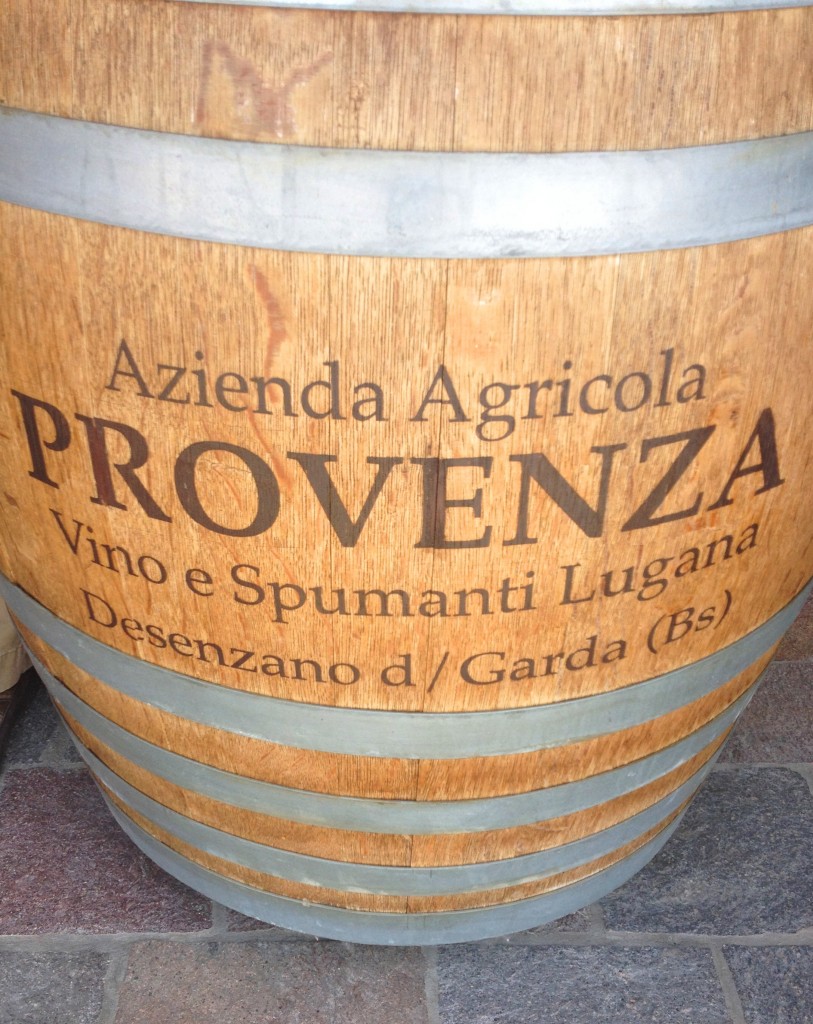 Being one of the ‘bigger’ players, the company owns 140 ha of vineyards in the heart of the region where the soil is naturally chalky and stratified compacted clay, meaning higher limestone content compared to other parts of the region. ‘Each Lugana is different from another and our wines are the mirror of our soul, terroir, terroir terroir,’ said Costantino Antonio Gabardi, the company’s brand manager. This philosophy is followed also in the cellar: oak barrel usage is very restrained, as it ‘covers the purity’ of Lugana wines, stainless steel and concrete eggs are favored instead. Michel Rolland is consulting the winery: Provenza is one of the 6 Italian wineries that have him. 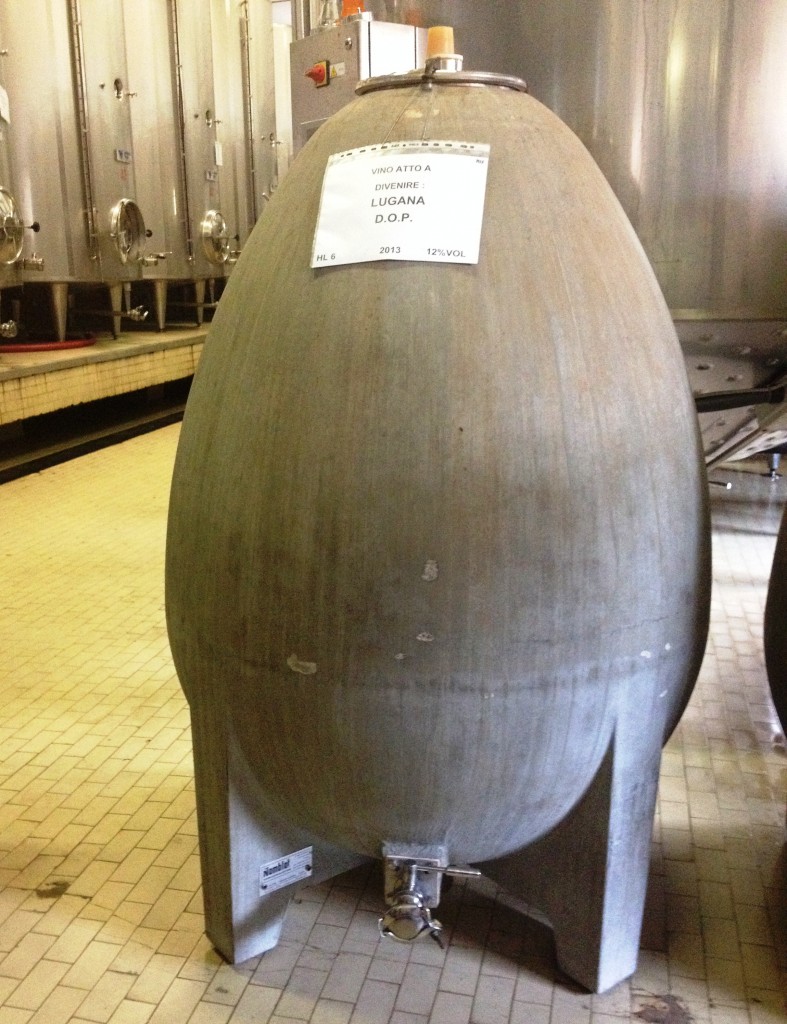 The tasting perfectly demonstrated the excellent ageing potential of the wines made from Turbiana. The wines were technically exquisite, reflecting territory of origin and unexpected freshness was present even in the oldest vintage we tasted, namely: ‘Ca’Molin 1998’. It had deep lemon colour, showing obvious ageing, pronounced flavour intensity of herbaceous and quince aromas on the palate combined with pronounced minerality and still vivacious acidity. It’s proof that Lugana wines can keep their outstanding quality even after a long time in the bottle. 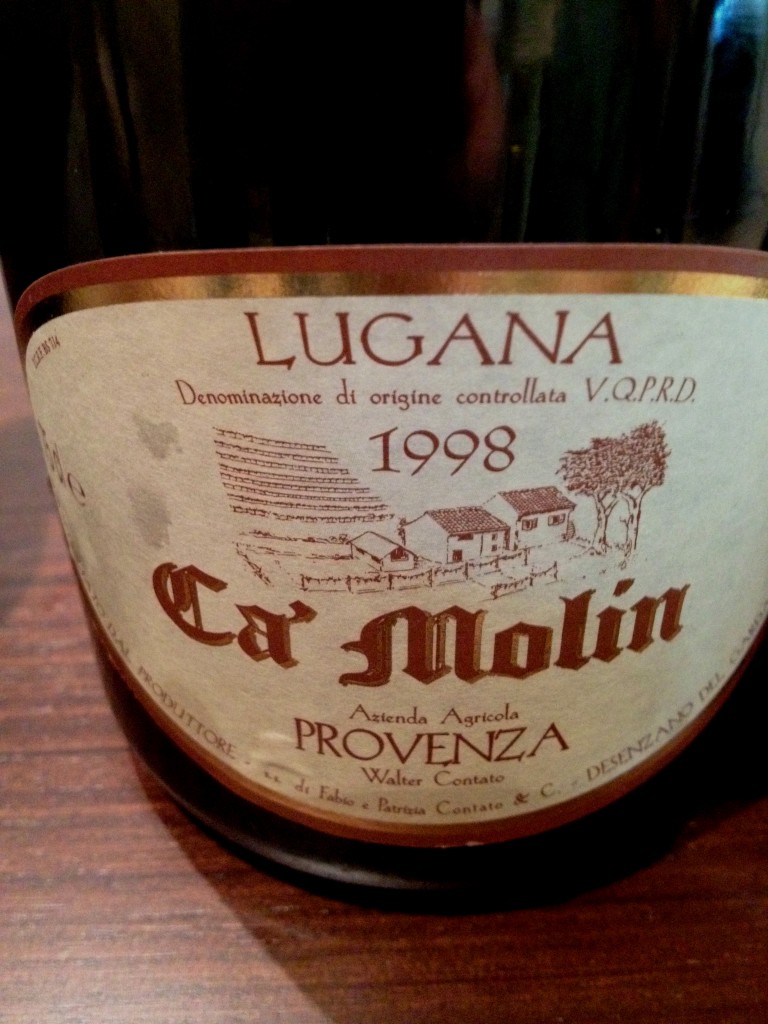 The recently renovated winery and the showroom provide a precious environment for the guests of the estate and match the elegance and purity of the Ca’Maiol wines. 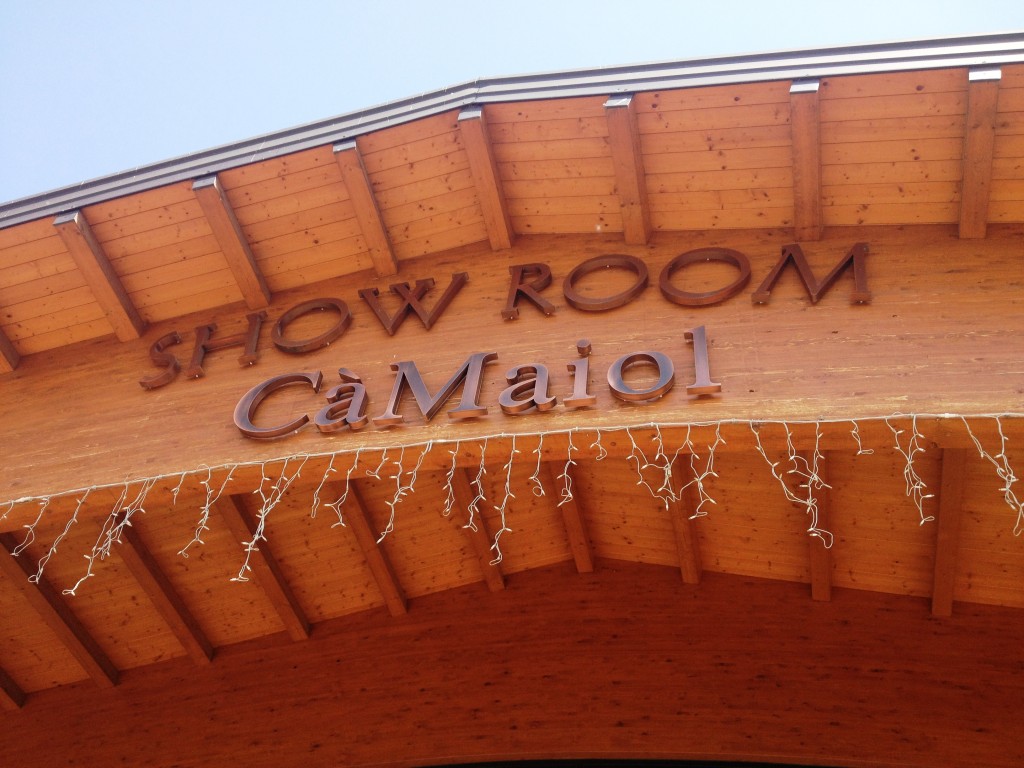 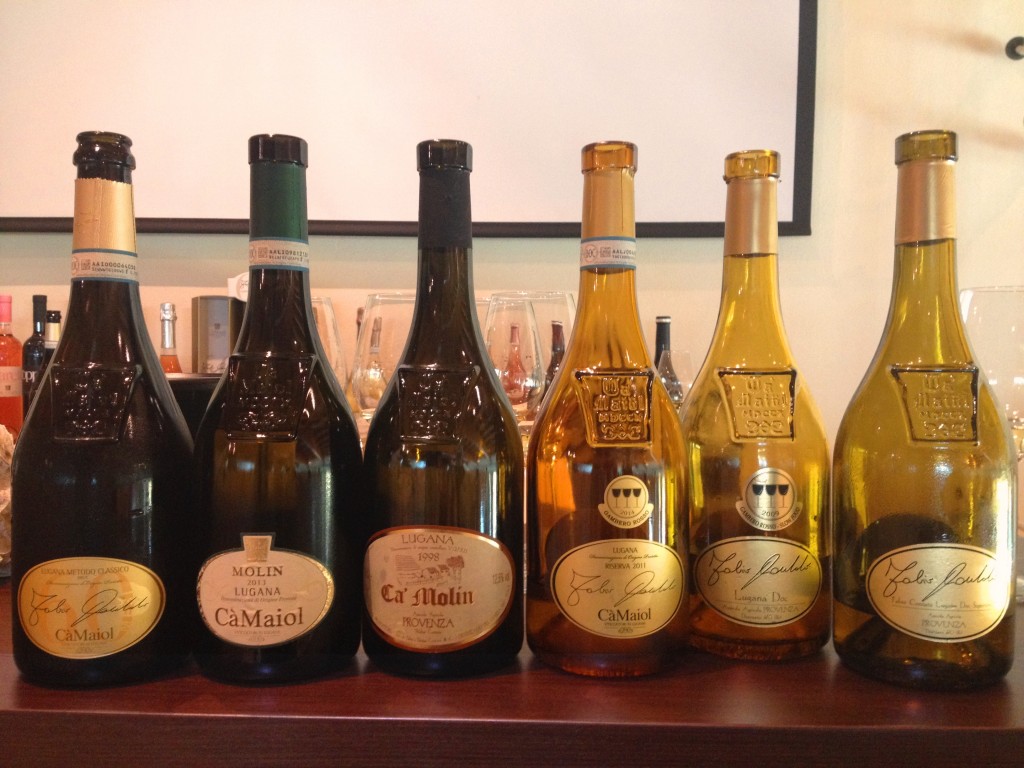 Busocaldo by Pasini – San Giovanni Founded in 1958, the winery is being run currently by the third generation of the Pasini family: Paolo Pasini – owner and winemaker of Pasini – San Giovanni winery – is probably the most dedicated and passionate winemaker I met during our trip to Lugana. He is one of those smaller producers with a vision for the unique potential provided by the combination of the terroir and the grape of Lugana that can lead to a very promising future. 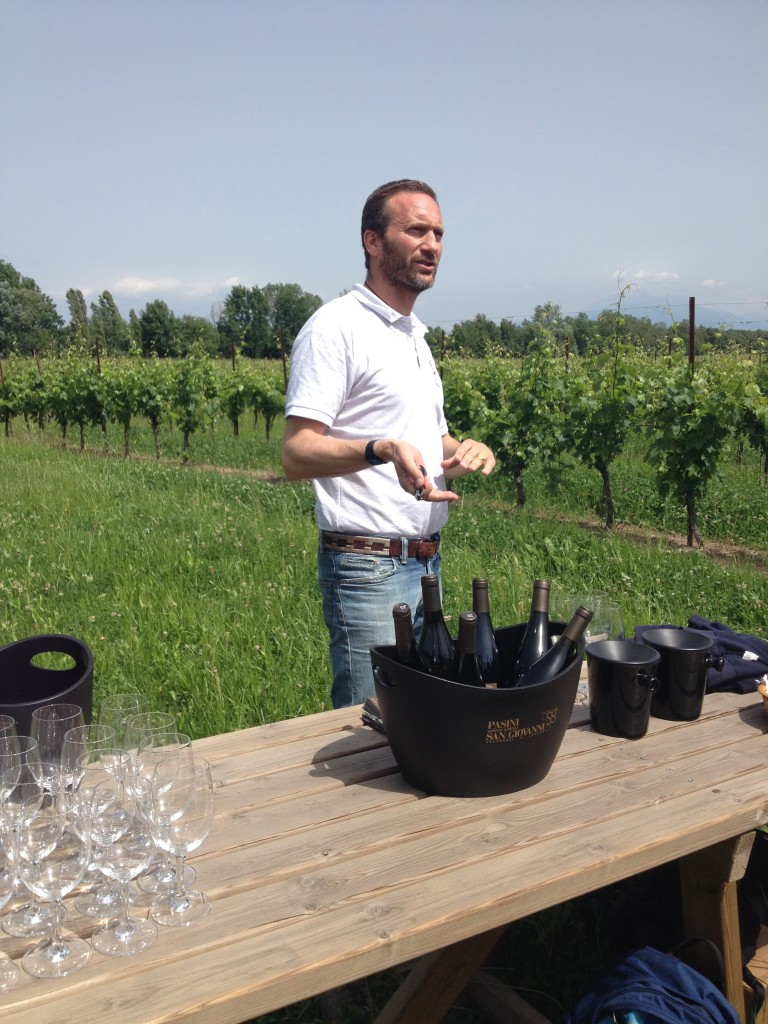 He believes that his land and vines are capable of producing peerless, long lasting wines and his belief was confirmed by the tasting presented in his vineyards. Paolo makes ‘basic’ Lugana, named ‘Le Lugana’ and the extraordinary ‘line’, from the ‘Busocaldo’ vineyard is made only in exceptional vintages with 1 years ageing on lees (with the use of battonage) and only kept in stainless steel, but micro-oxygenation had been used during the vinification. We tasted the 2006, 2007 and 2009 vintages. While each had very different aromatic profiles, all were rich, mineral and dense with zesty acidity. The production of these wines is very limited, less than 2000 bottles per (selected) year. 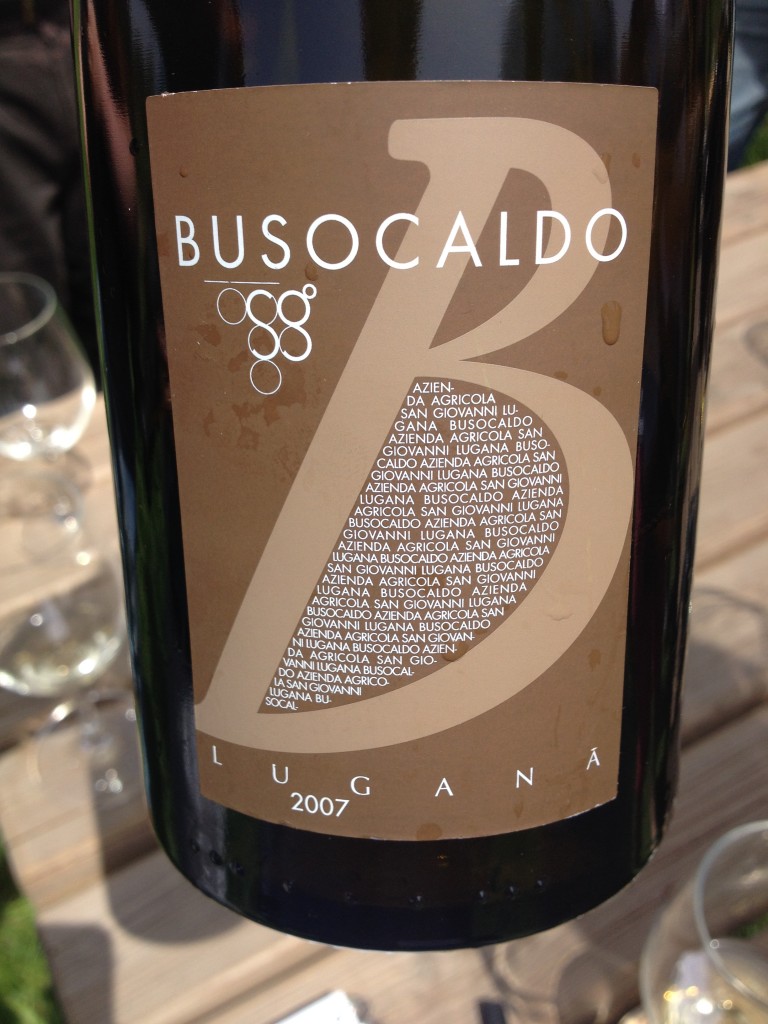 In part 3 the fine bubbles will be on stage: the metodo classico sparkling wines of the region! This three-part blog also has appeared on Panos Kakaviatos’ Wine Chronicles blog with full permission of the blog and the author.