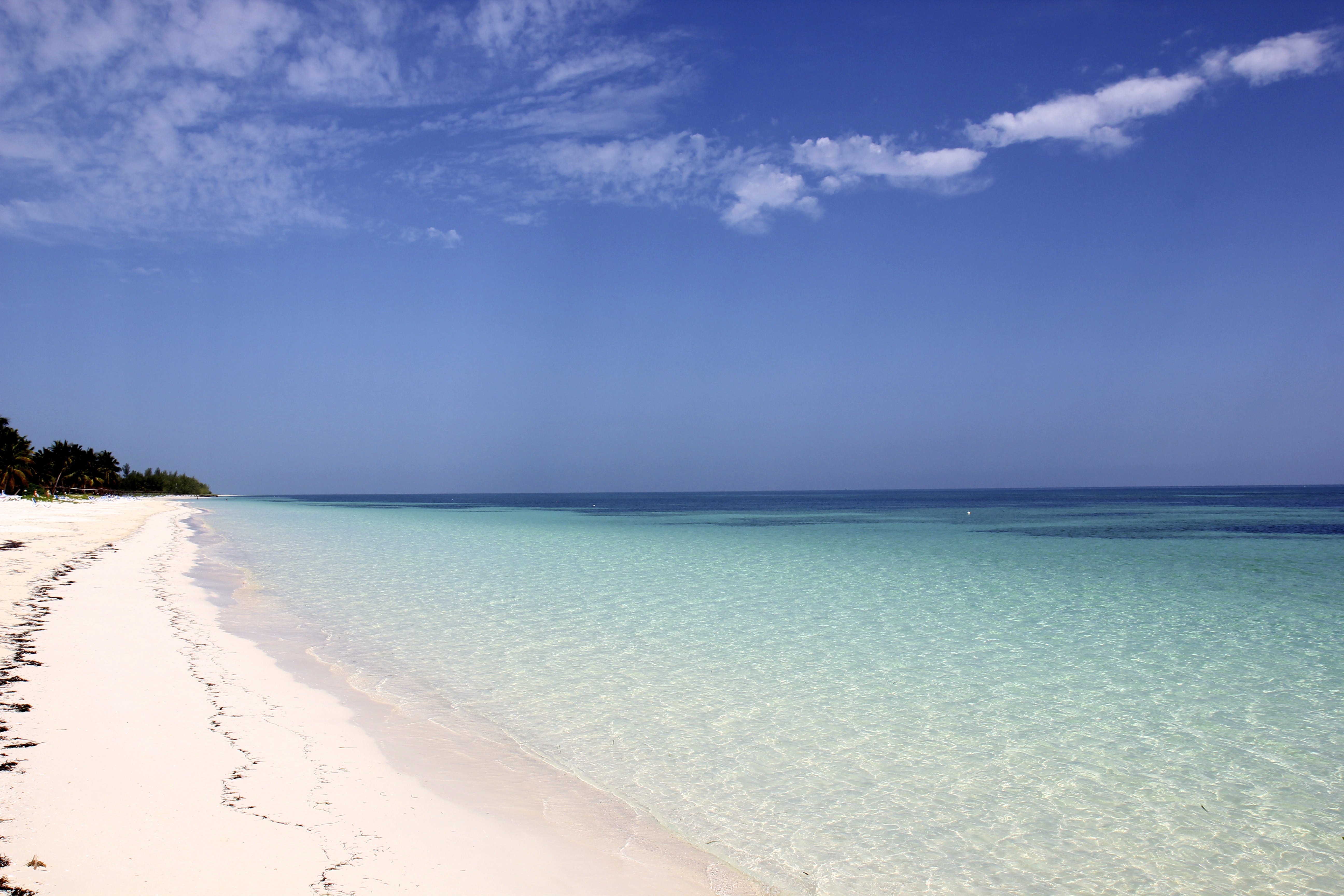 10 tips for an unforgettable trip to Cuba

My personal 10 tips for an unforgettable trip to Cuba

”Let those who desire a secure homeland conquer it. Let those who do not conquer it live under the whip and in exile, watched over like wild animals, cast from one country to another, concealing the death of their souls with a beggar’s smile from the scorn of free men.”

After an exhausting flight, the ideal place to breathe Cuba’s capital is at the Malecón sea-drive. This 8km of magnificent history that stretches from the Harbor in Havana Vieja to the Vedado neighborhood serves as a substitute living room for romance-seeking habaneros and tourists. Although the main purpose of this esplanade was to protect Havana from the water, today it is mainly frequented by Cubans with lesser means. Fisherman and prostitutes draw the scene between the ruins of houses along this piece of history. 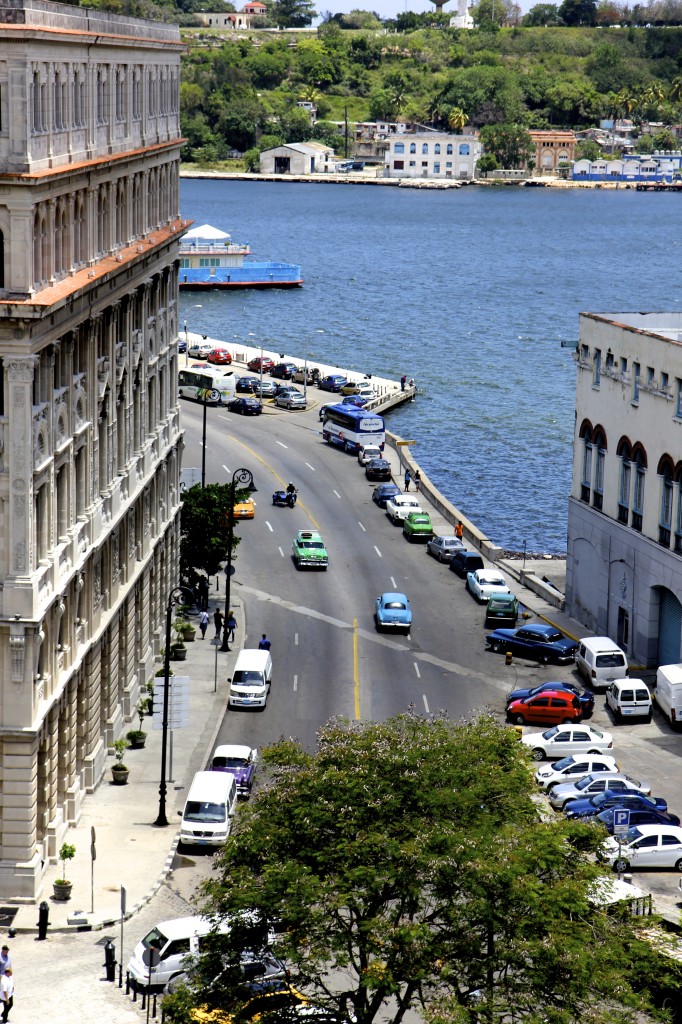 La Bahía de Cochinos, or the Bay of Pigs, is the vestige of a disastrous attempt by the Kennedy administration to invade Cuba and overthrow Fidel Castro’s regime. While Isla de la Juventud and Maria la Gorda are mostly known as the top diving spots, Bahía los Cochinos has some equally impressive underwater treats. A huge drop-off running 30m to 40m offshore for over 30km from Playa Larga down to Playa Girón is a superb natural feature that has created a 300m-high coral-encrusted wall with amazing caves and marine life. The good part is that the proximity of this coral wall means that you don’t need a boat to get there. Go diving in Cueva de los Peces (the Fish Cave), snorkel to one of the many CIA ship wrecks along the coral wall, taste cocodrilo meat for dinner, enjoy the sun on one of the many nearly tourist-free paradise beaches in Playa Larga and go party in the local discotheque in Playa Girón. 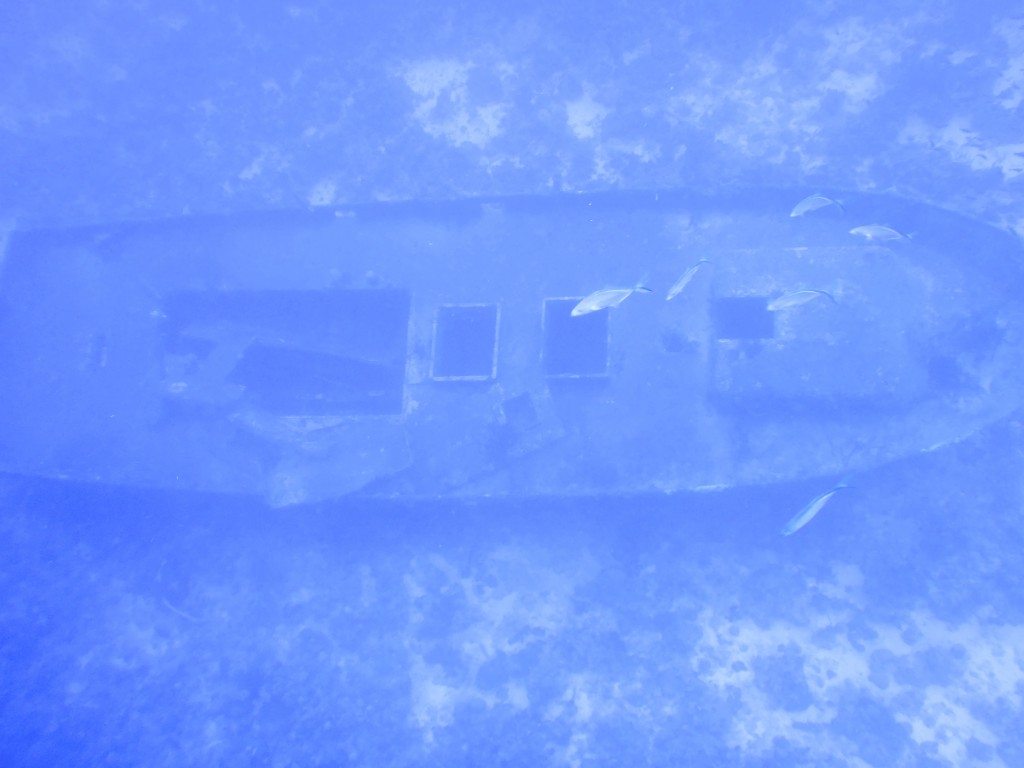 “La ciudad que más me gusta a mí” (the city I like the best), quoting the words of native singer Benny Moré. If Cuba would have a Paris, this fine-sculpted provincial city in French colonial style would definitely be it. Cienfuegos probably was the most romantic part of my trip. This certainly had something to do with the luxury suite with Jacuzzi and nice pieces of art and the lush roof terrace with beautiful plants in Waldo’s house, Bella Perla Marina. But also Cienfuegos’ upper-class neighborhood, Punta Gorda, with its bright clapboard homes and astonishing palaces, is definitely worth having a romantic candlelight dinner on the shores of the Bahía de Jagua. 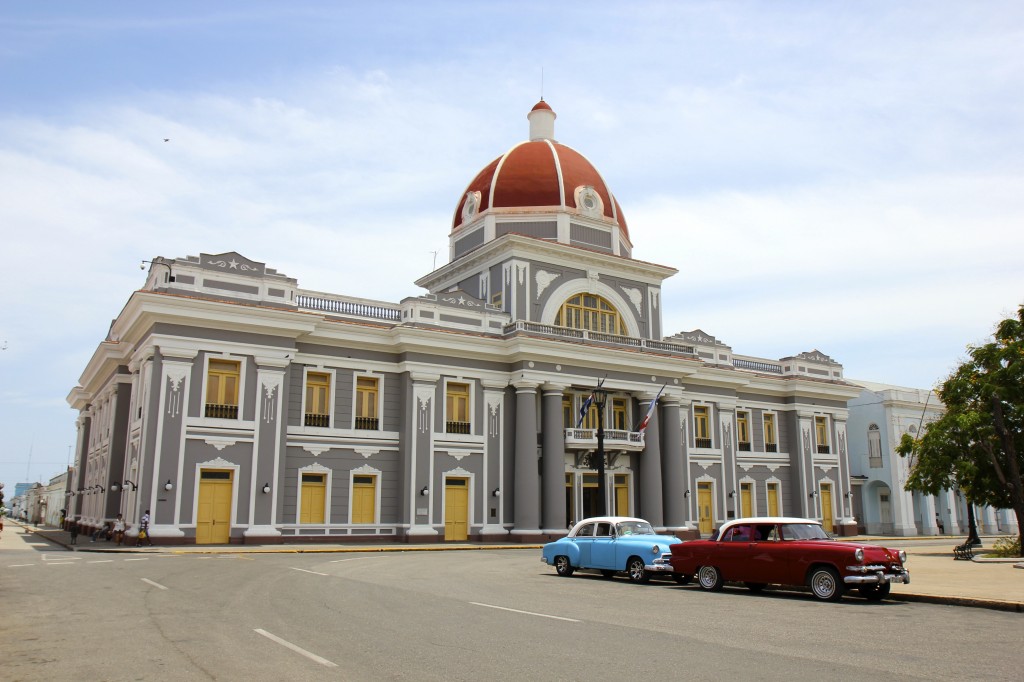 About 25 km south of Cienfuegos, a natural oasis of waterfalls and fresh water swimming pools welcomes you in the Escambray mountains. The scenery is stunning and the rich fauna (there is a diversity of beautiful birds) & flora make it a must for every nature lover. I was invited by a local guy working for Red Cross to go hiking through the forest, crossing rivers, climbing over and under several obstacles, until we finally arrived – exhausted – in a massive cave where water and erosion left beautiful and impressive prints in the rocks of snakes, elephants and other animals. If you get hungry, please do not eat in the reserve’s restaurant but go down the hills to the small town and have lunch in one of the lovely local restaurants: cheaper and more authentic. After some bananas fritas as aperitif, a refreshing agua de coco and the usual carne, arroz y frijoles, you can sit back and relax while enjoying a marvelous taxi ride back. 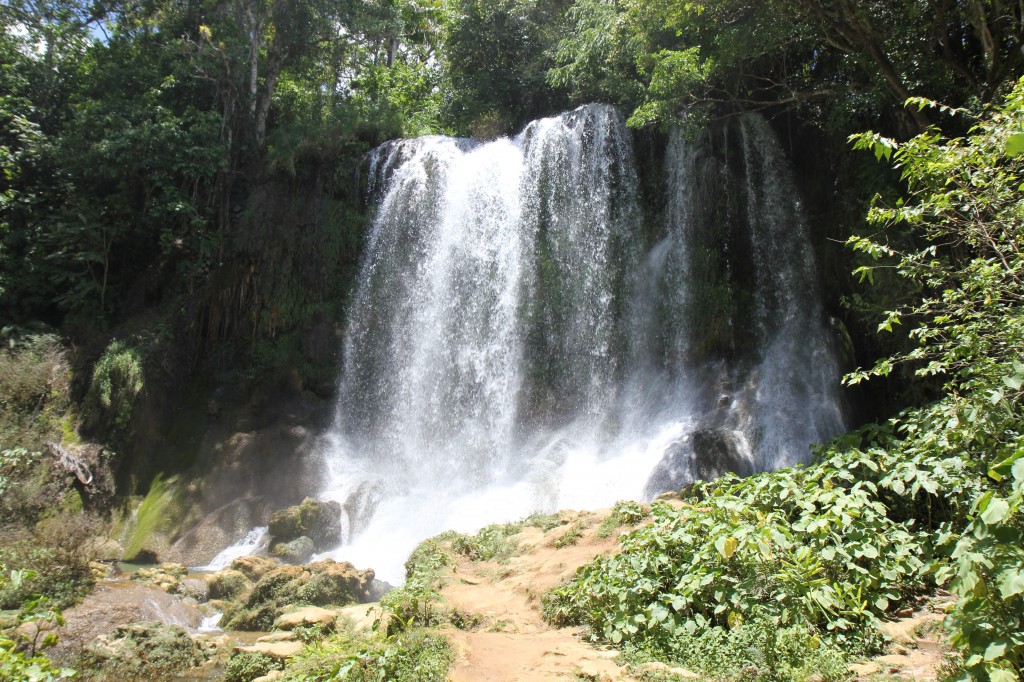 Santa Clara proves to be everything you thought Cuba wasn’t. Savvy students (Santa Clara has the country’s second most prestigious university), wild nightlife and a variety of people: transvestites and drag queens are no exception here. During the day you can submerge yourself in the history of Che Guevara’s hometown, and at night you can hang out with the enthusiastic students in the roofless discotheque (Casa de la Ciudad). 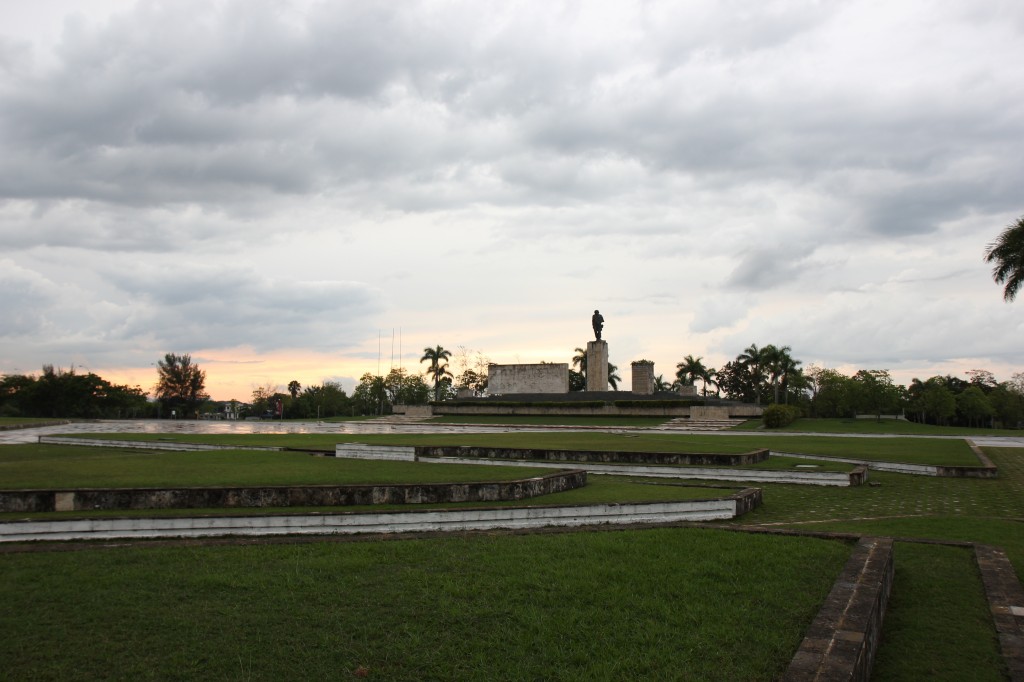 Although for me personally a way too touristic, the time-warped streets in Trinidad still have the power to enchant with their grand colonial casas, easily accessible countryside and exciting live music scene. Plenty of choice for a musical night, dance shows and salsa parties. But be aware of the fact that – even more than in other parts of the country – everything here is about money. My advice: forget about the fact that you barely hear Spanish in the streets, taste the local cocktail Canchanchara (2 parts brandy, 2 spoons of honey, 1 spoon of lemon juice, ice cubes) and go dancing in the Disco Cueva Ayala, a surreal place down in a big cave with modern screens and a deejay playing both Latin and international beats from the top of the cave. 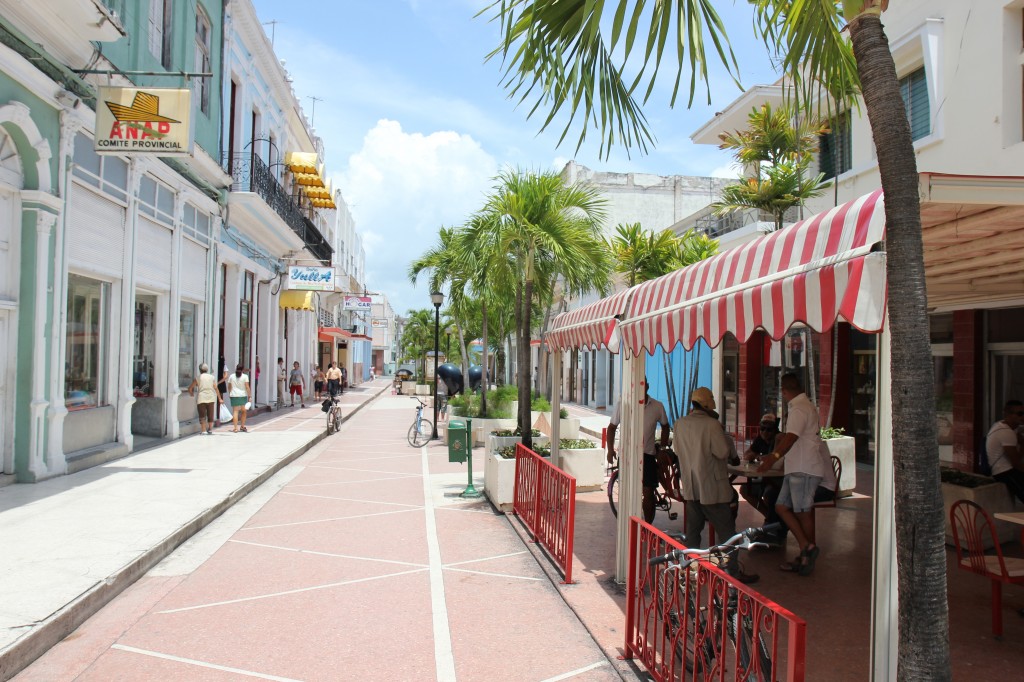 If you want to escape Trinidad’s touristy streets, take the old train to Valle de los Ingenios. It’s a sublime journey through an impossibly green valley full of munching cows and narrow bridges. This Valley still contains the ruins of dozens of 19th-century sugar mills, warehouses, machinery, slave quarters and manor houses. Although most of it has been destroyed during the War of Independence and the Spanish-Cuban-American War, the Valley became famous for its status as Unesco World Heritage site. 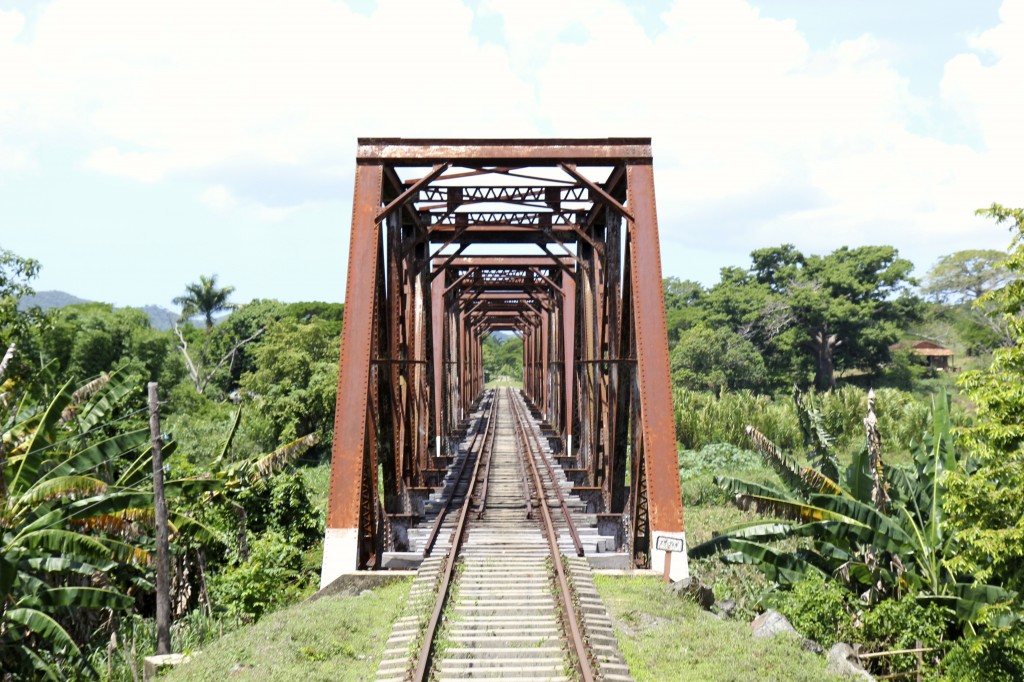 Camagüey is a Latin American city without precedent in the form of one giant maze meant to fight off pirates. The sinuous streets remind of a Moroccan medina, where every turn reveals new artistic secrets. Tinajones (clay pots), beautiful catholic churches (it’s the center of Cuba’s catholic heart) and triangular plazas characterize this lovely city. You should definitely stay at Casa Luna, where the young mother Lariza and her family welcome you in a surprisingly modern house and where you can dispose of the whole roof terrace with a nice view on the many church towers surrounding you. 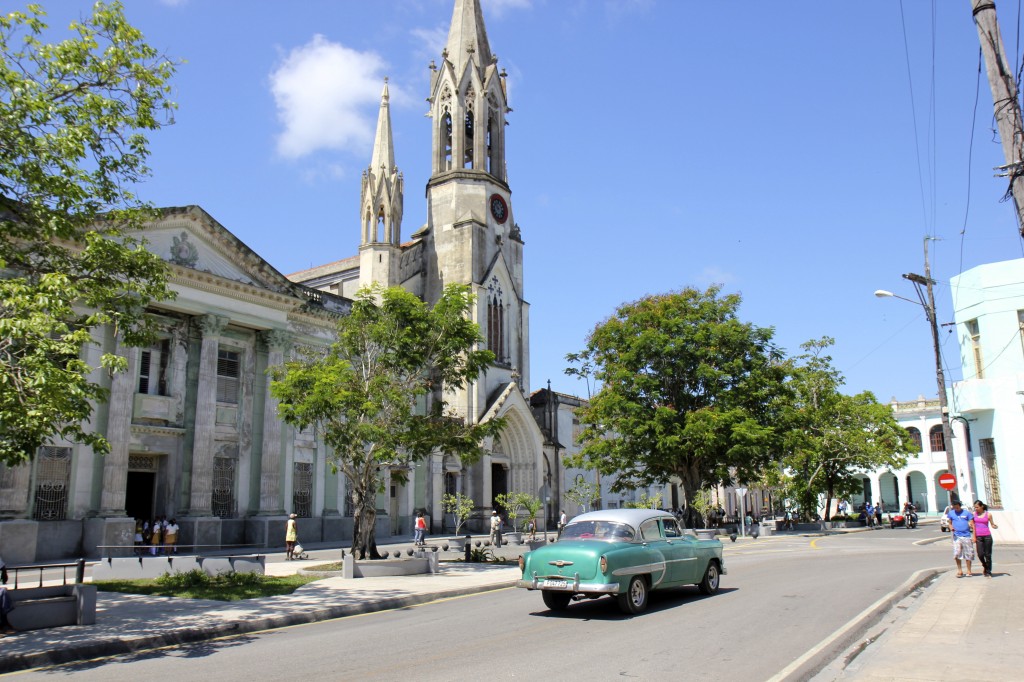 Parque Nacional Viñales is one of Cuba’s most splendid natural settings, declared Unesco World Heritage Site thanks to its dramatic rocky outcrops (mogotes) and the architecture of its traditional farms and villages. Cuba is ideal for cycling and there’s definitely no better place to do it than the Viñales Valley. All ingredients for the Tour de France blended in one region: craggy mogotes, impossibly green tobacco fields, bucolic farmer huts and astonishing miradores at every curve. At Casa Daniel y Estela (mother and son) you can sip your Coco Loco cocktail from the lovely terrace looking over the mangroves. Go horseback riding with Joel – an incredible kind, smiling and joking tour guide who takes you to caves, natural swimming pools and a manufacturer of 100% natural cigars. 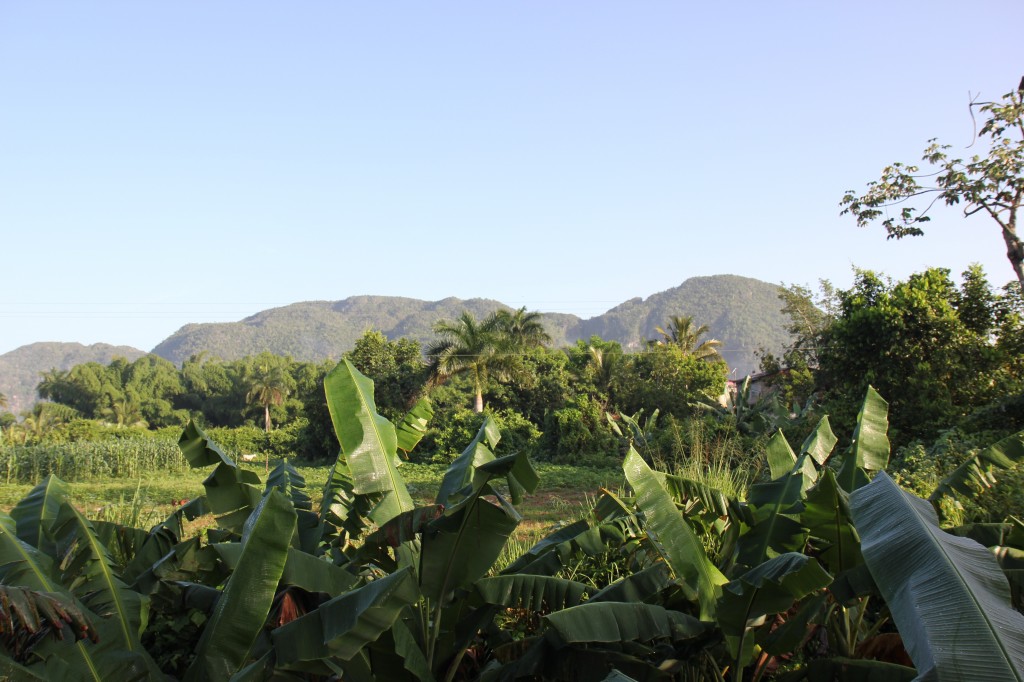 Imagine… The Gulf of Mexico’s sapphire water and softly sloshing waves against the deserted 3 km sugar-white sand beach. This is probably the most idyllic location in the country, where I spent my day nipping my agua de coco and exploring once more Cuba’s amazing underwater world. As the key is only accessible by boat (and the fare is pretty high, 25$CUC per person round-trip, ca. 35 minutes), you won’t find many locals here (unlike other beaches in the neighborhood such as Cayo Jutías). If you like playing the errant Robinson Crusoe, you should definitely go in low season. 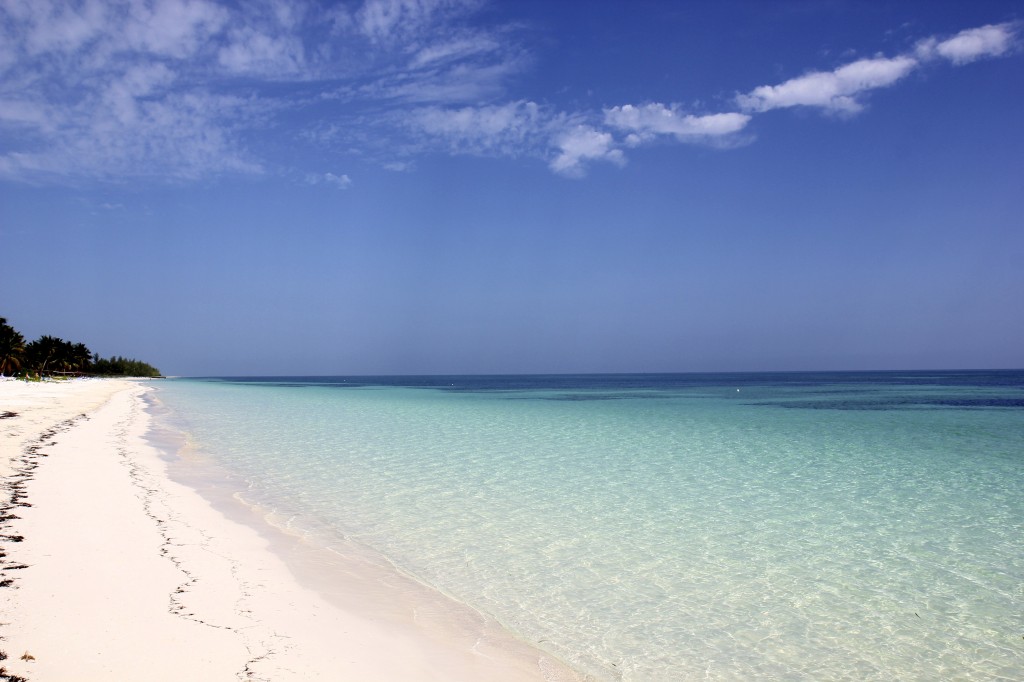