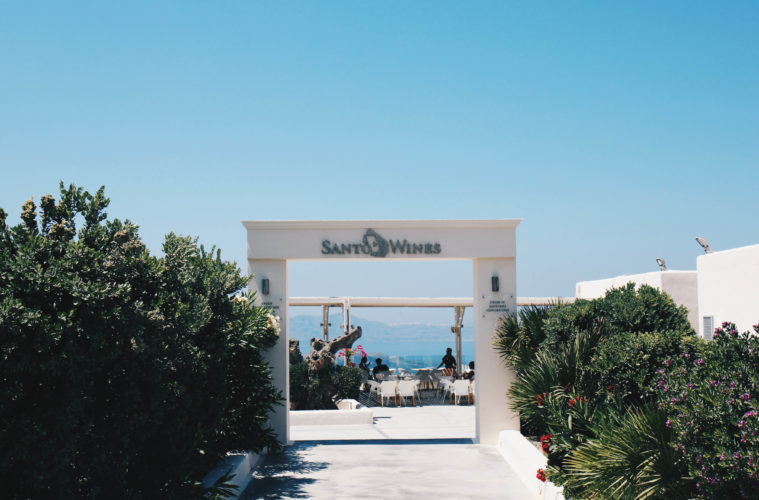 Santorini is mostly known for its breath-taking views, but did you know they also make great wines on the island? We visited SantoWines, which represents 1200 cultivators and produces high quality wines. Whether you spend a half day on the island or one week, a visit to SantoWines should be included in your trip. 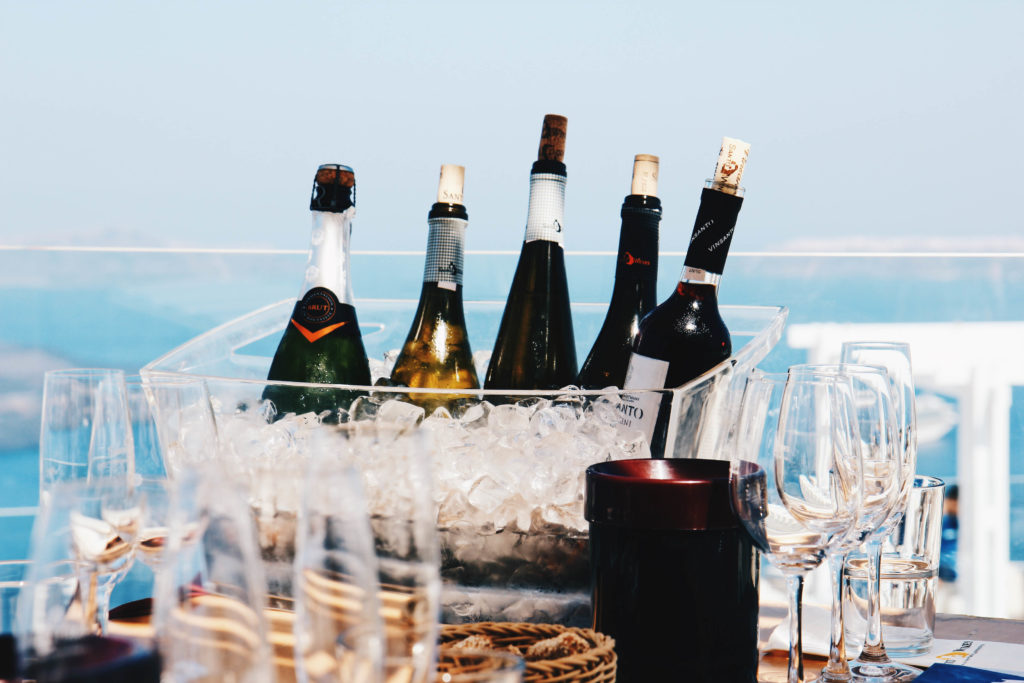 The vineyards of Santorini are one of the most ancient in the world and they are a World Heritage site. In its early geological history, Santorini was the core of an ancient volcano that erupted in about 1640–1620 BC. A large part of the island became submerged, creating the modern day archipelago. The vineyard soils of the region are very poor, composed of volcanic ash and rocks and the calcareous subsoils are porous which helps to retain some of the humidity in the air and release its moisture in the night for the vines to utilize. The vintners have invented a distinct way of pruning, called “kouloura”. This means that the vines stay close to the ground and form a spiral, a natural basket that hosts the grapes and protects them from the strong wind. 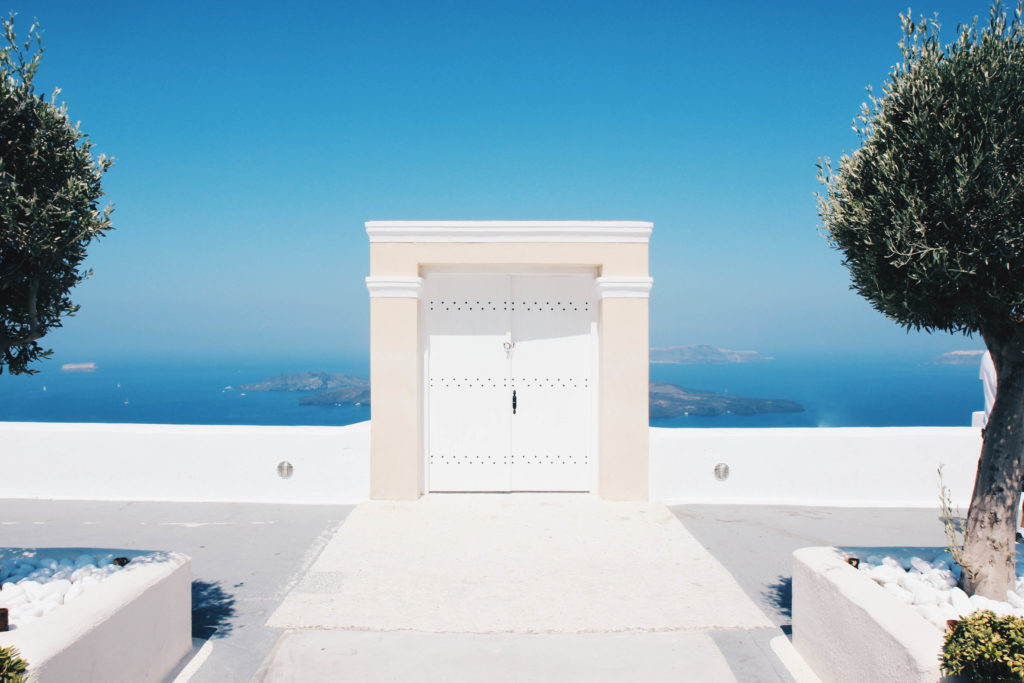 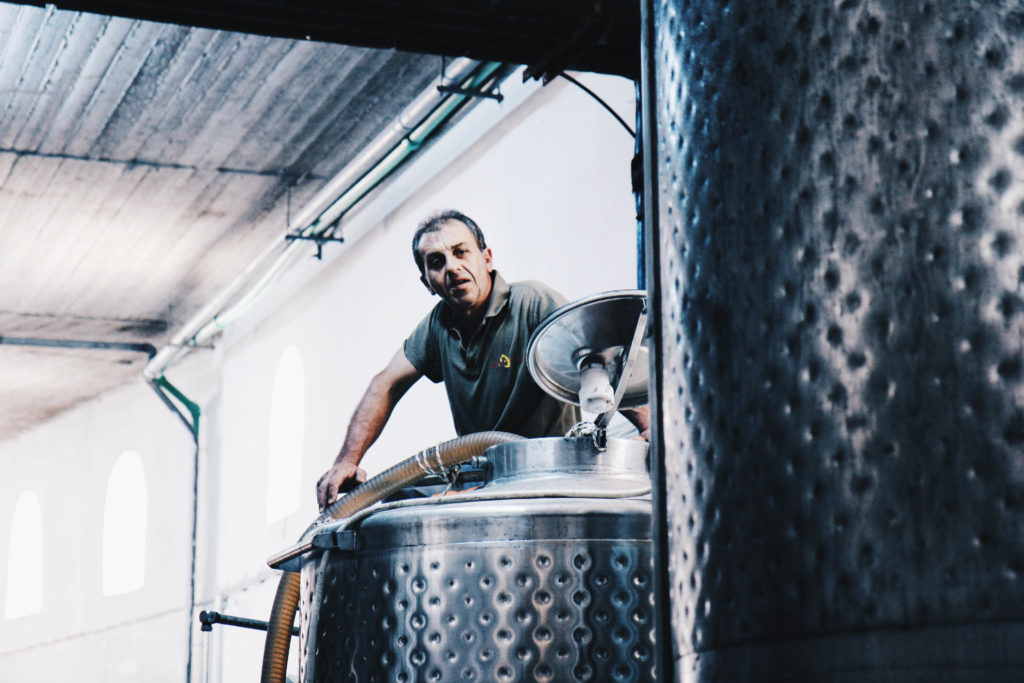 Assyrtiko is the most popular white grape variety, which thrives on the volcanic sub-soil of Santorini. As a single variety or blended with the aromatic Athiri and the delicate Aidani gives the Protected Designation of Origin Santorini wines: Santorini Assyrtiko, Santorini Nykteri and Vinsanto the traditional dessert wine made from sun-dried grapes. Santorini wines combine the high acidity with the intense minerality in the mouth. They are vibrant, full-bodied, with citrus fruits aromas. After ageing, they get more complex as the notes of oak, tea and honey are dominant. 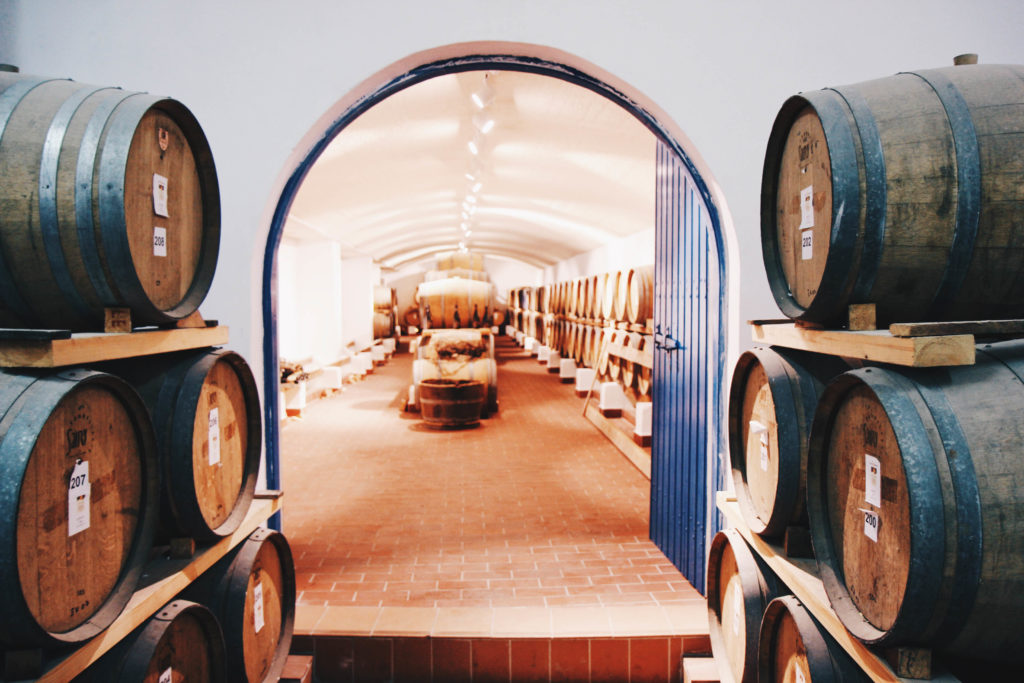 SantoWines is one of the best places to start your wine adventure on the island. It has an oenotourism centre with a magnificent view over the island and the volcano. You can book a full tour of the winery followed by a tasting of 4 wines for € 17,50. You can taste as much as 18 wines and don’t forget to taste the Santo Taste mini platter with Greek cheese, Greek olives, Santorini tomato paste dip, Santorini fava & barley rusks. It will be an afternoon well spent! 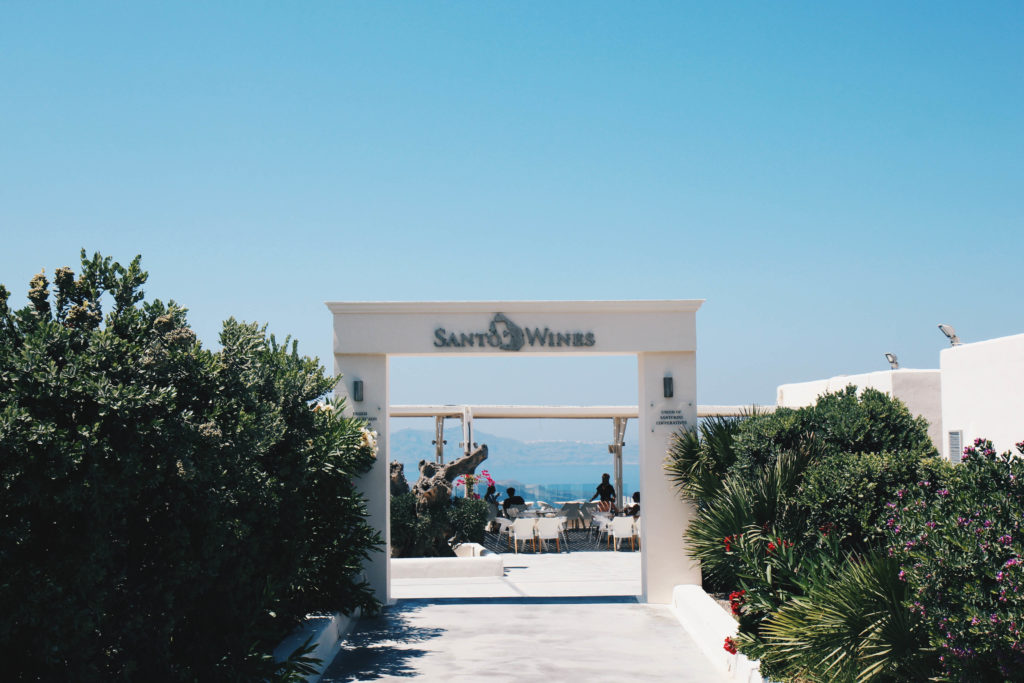 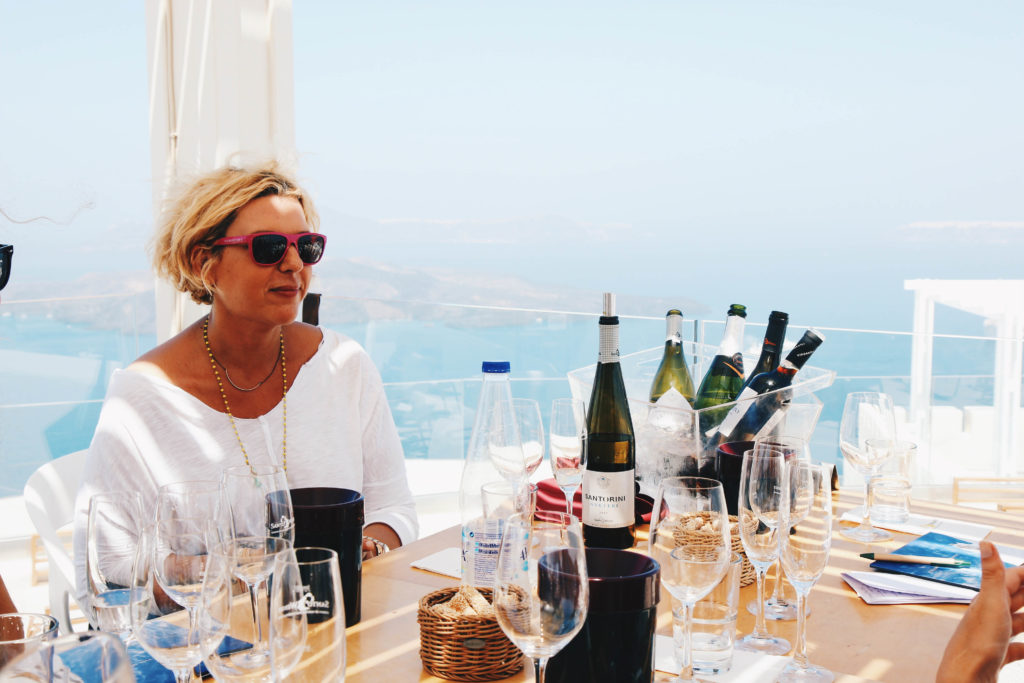 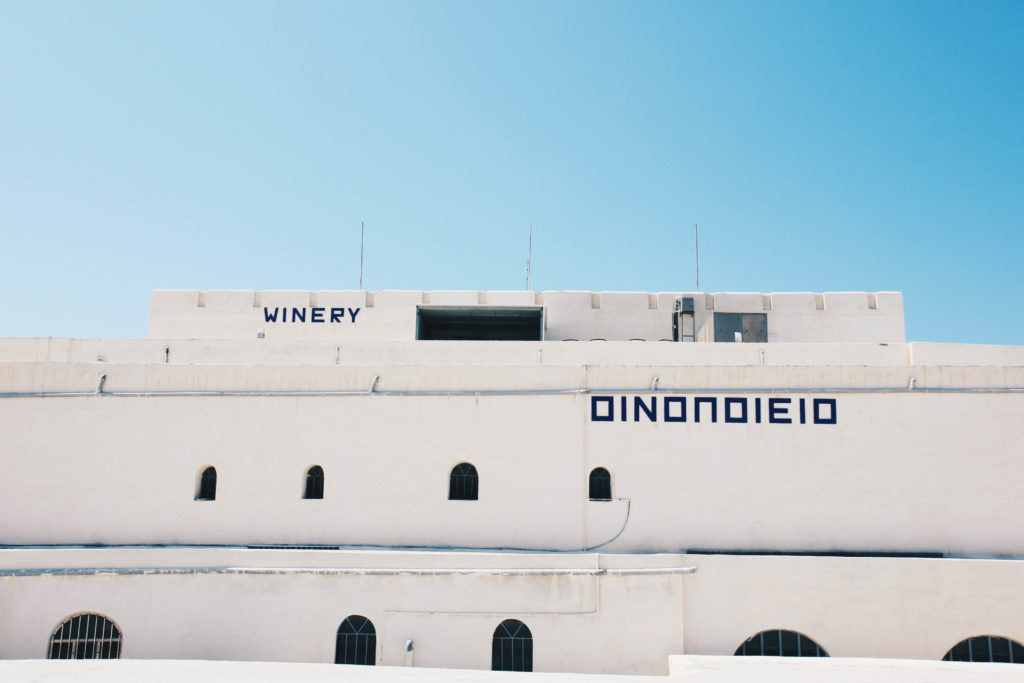 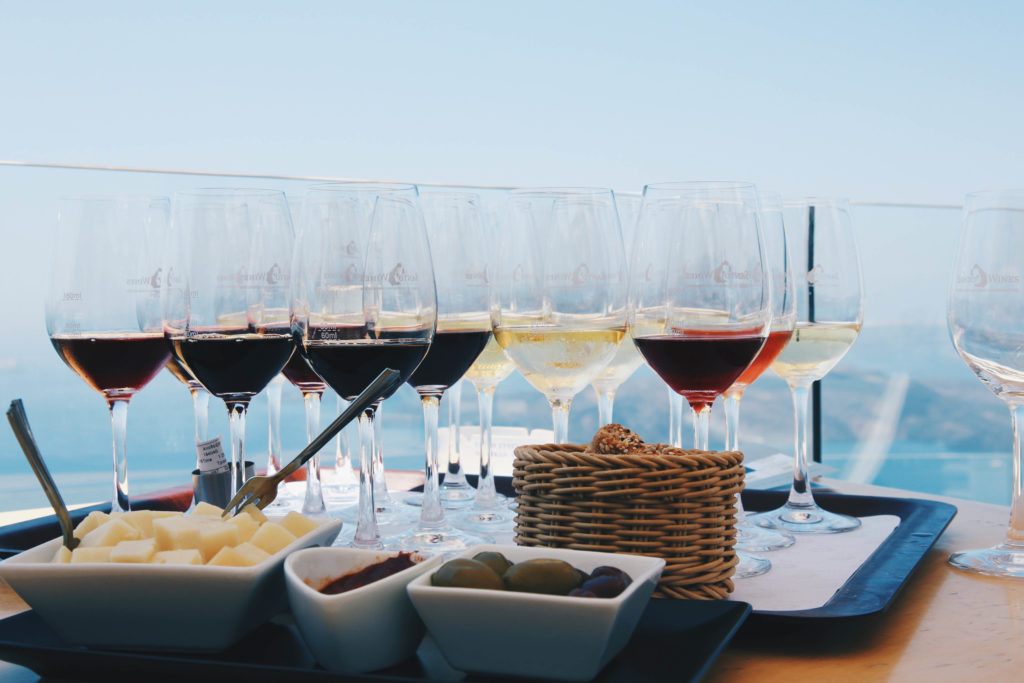 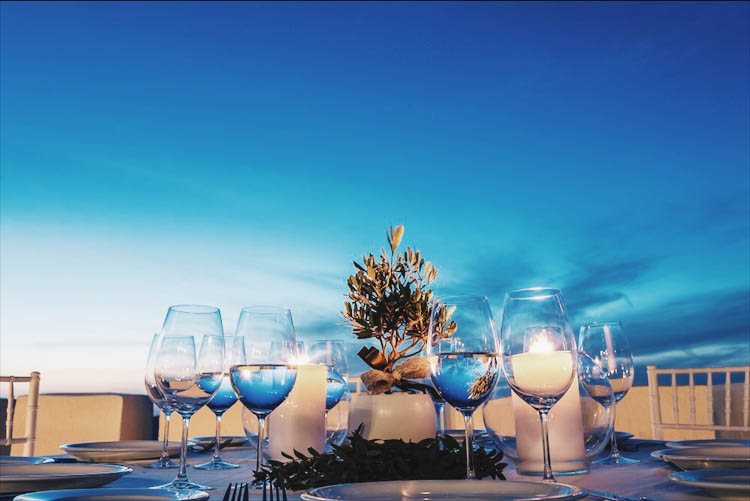 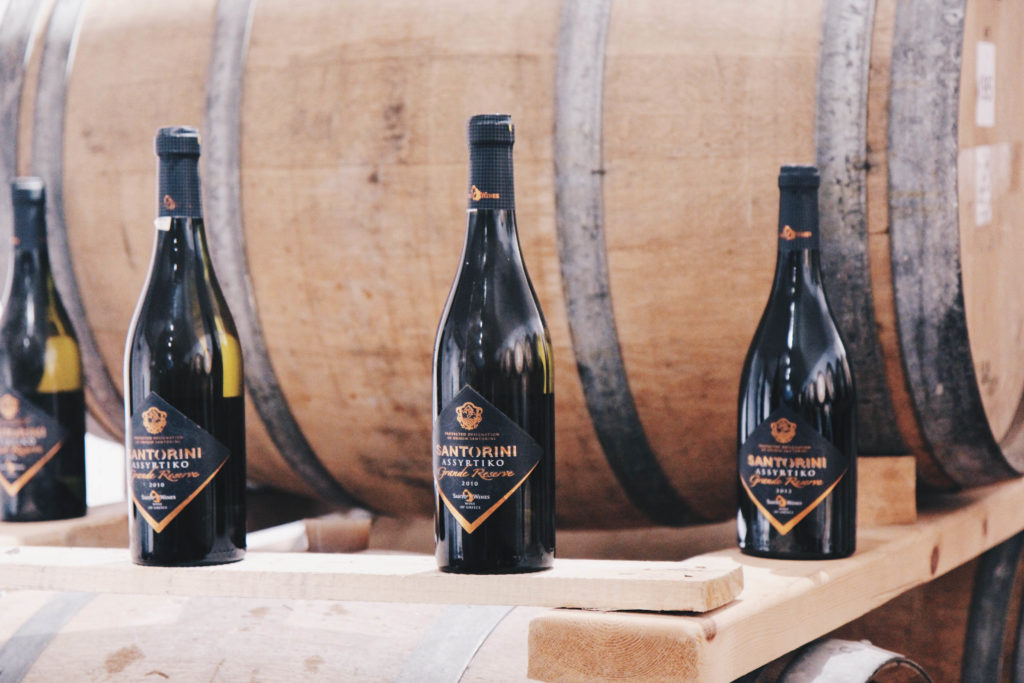 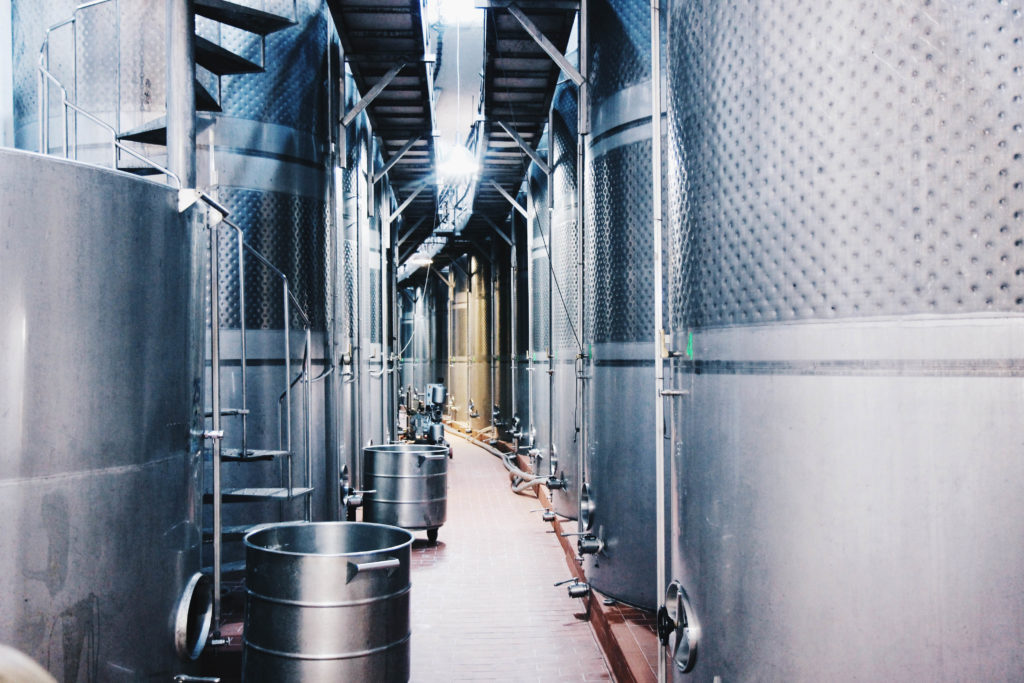 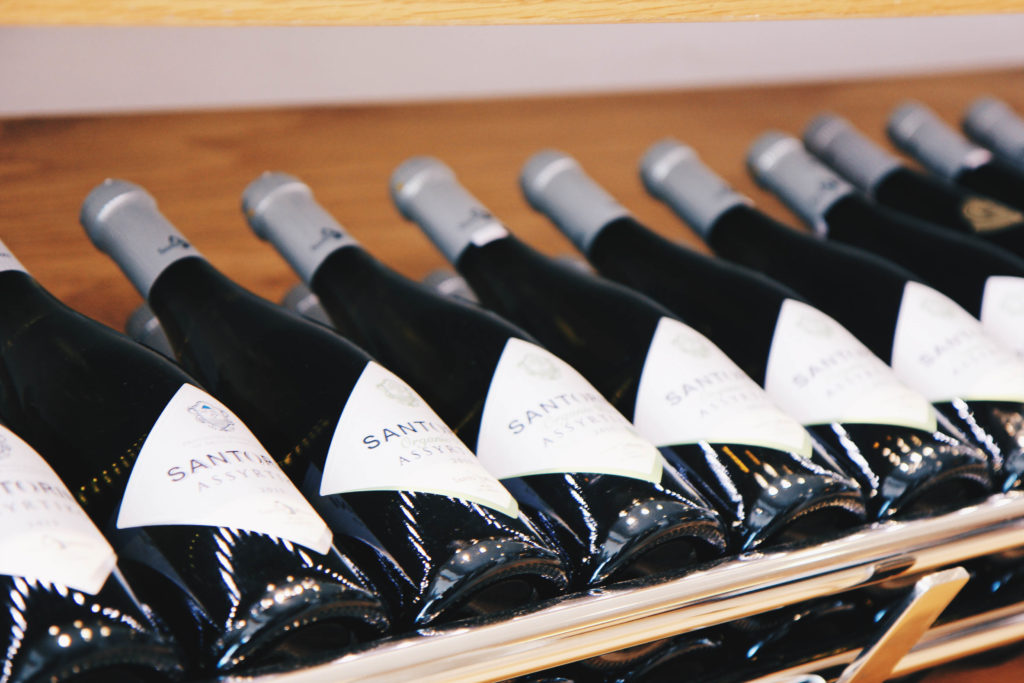 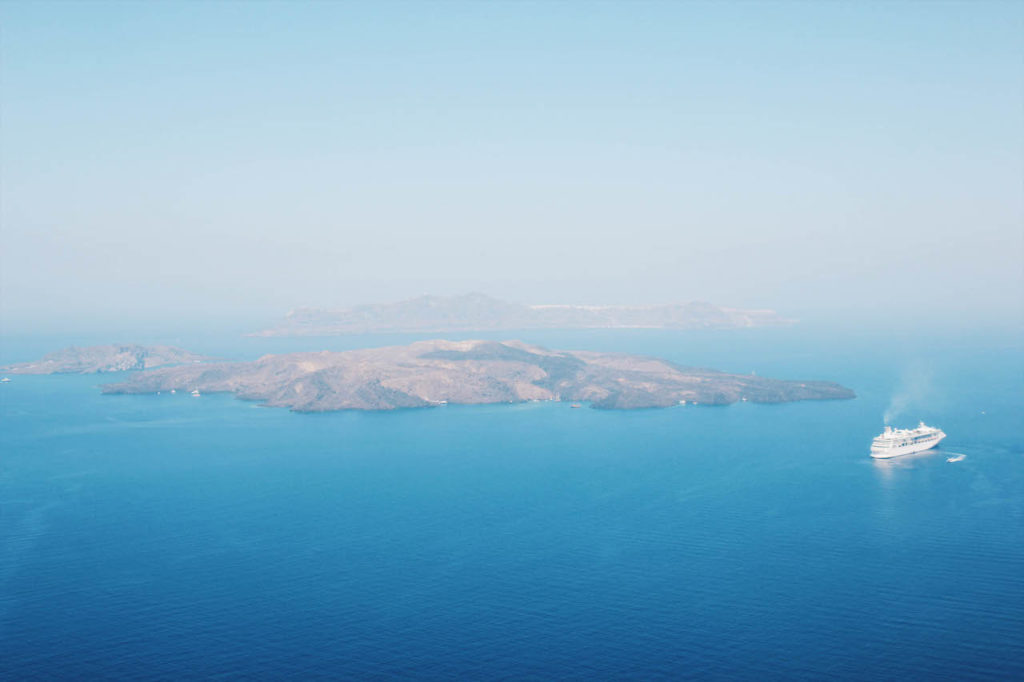 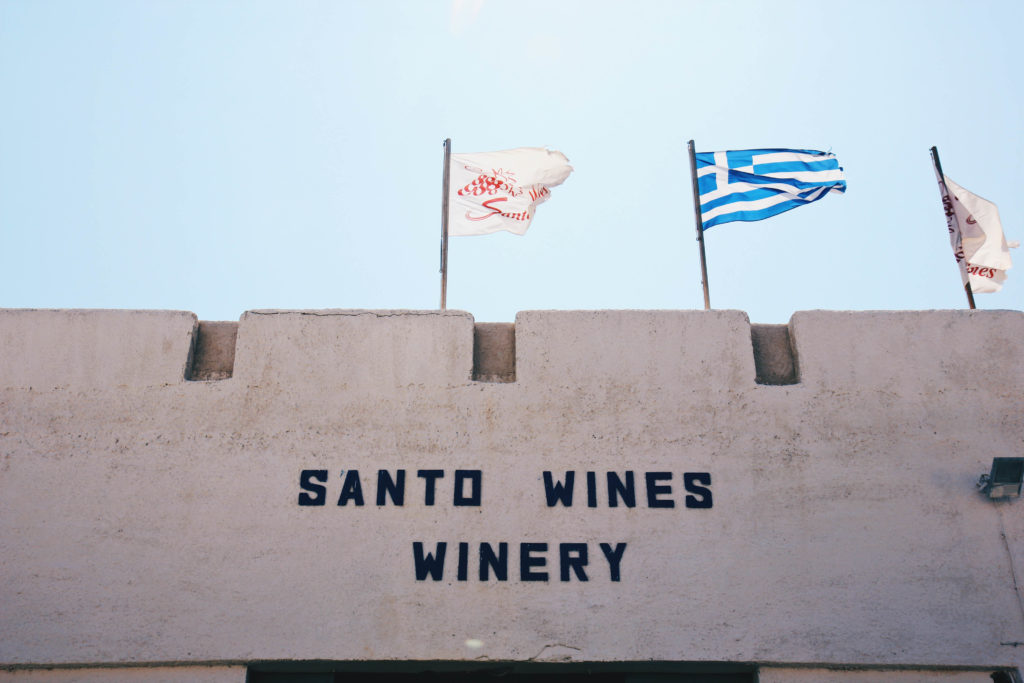